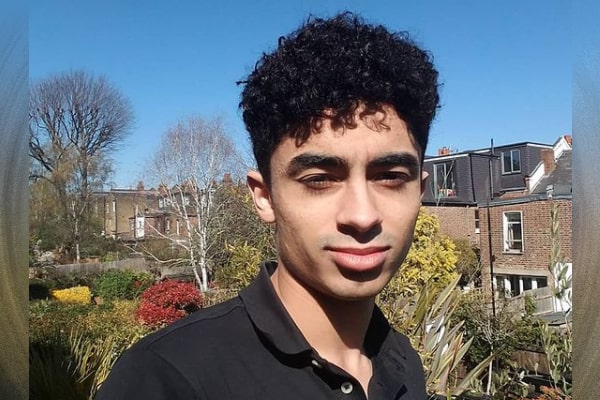 The contribution of James Brown to the music industry is immeasurable. From being an icon to being a controversial figure, Brown’s journey is massive and full of questions. Moreover, his marital life with four women and the legitimacy of marriage to his fourth wife, Tomi Raye Hynie, is still a burning topic.

However, here, we shall tail James Brown’s son, James Joseph Brown II, who was born from his last marriage to Tomi Raye Hynie. Let’s see what James Brown II is up to. We also heard a lawsuit was filed against him, and thus, we shall shed light on it as well. Therefore, stay until the end as there are so many twists and turns in this story.

Aforementioned, the progenitor of funk music was married to four women, the last being Tomi Rae Hynie before he died of heart failure in 2006. As mentioned, their marriage’s validity was a massive question up until 2020 as it was annulled.

Despite the questions regarding the fourth marriage, James Brown’s kid, James Joseph Brown II, was born from the nuptials. The pair welcomed their only child on June 11, 2001. James Brown II seems to have many fond memories of his father as he posts several pictures of him on his social media posts.

In a Christmas post that Brown II made in 2020, he writes that he loves his dad. James further declared that his energy surrounds him and his mother. He also seemed thankful to his mother, Tomi Rae, who he claims raised him to be an intelligent, strong, and conscious individual. James Brown remembered his father’s will for him to remain truthful and strong always. Thus, he reassured his resting father that they have been honest and made it through years of irrelevant pain and betrayal.

Moreover, James Brown’s son, James Joesph Brown II, has now grown into a fine man and has followed his father’s footsteps into music. Brown’s former partner, Tomi, is also a musician. Thus, Jr, to take an interest in music comes as no surprise.

Furthermore, James Brown Jr. is very active on Instagram and continues to share his family pictures now and then. However, he seems to have disconnected from his half-siblings as they aren’t following one another. Well, Tomi Raye Hynie and JB Jr. are probably happy living isolated from the family after the decade-long dispute.

Although Brown Jr. is growing up into an honest man, there was a time when he had to see his mother fight to become a wife. Brown also wanted a paternity test of James Brown Jr.

Aforementioned, there were many instances in James Brown’s son, James Joseph Brown Jr.’s life that hampered his childhood significantly. At a tender age, he lost his father, who believed he would shine more light on the Brown name.

James Brown’s family attorney, Debra Opri, talked to Larry King about how he wanted a DNA test performed after his death to confirm James Brown Jr’s paternity. She reassured him that it wasn’t for him but for other family members. Therefore, Jr.’s mother, Tomi Rae, selected a special guardian; Charleston attorney Stephen M. Slotchiver to be appointed for her son in the paternity proceedings in 2007. He was confirmed to be Brown’s biological son.

Moreover, according to Brown’s lawyer, Buddy Dallas, the self-proclaimed s*x machine, had a vasectomy in the 80s while being sued for child support. In between two decades of vasectomy and Brown’s death, Hynie’s son, James Brown II, is the only boy to claim Brown was his father.

Furthermore, in May 2014, Hynie’s attorney requested to hold any DNA test results for her son to be ‘confidential.’ Tomi Raye still recalls her late partner saying his son would have a better life because he is half white.

James Brown’s estate shenanigans had been swirling around since his death in 2006. The will Brown left did not include Tomi Rae Hynie nor their child, James Brown II.

In 2018, the Georgia Court of Appeals had agreed that Hynie was the former wife and surviving widow of the legendary singer. However, justice ruled unanimously in 2020, stating that James Brown’s fourth partner, Tomi Rae Hynie, was not legally married to Mr. Brown because she failed to annul a previous marriage.

Furthermore, the decade-long treacherous estate fight never seems to see its end. However, Ms. Hynie sold her share of termination rights in five of Brown’s works to Warner Chappell Music for about $1.9 million in 2015. This led to a federal lawsuit against Tomi Rae and James Brown II for illegally making deals without consulting the nine children and grandchildren.

Since James Brown II’s mother, Hynie is no longer an heir; he also asked to be considered as an heir to the state. The never-ending cycle of lawsuits regarding James Brown’s will continues. Despite the turmoil and ongoing cases, James Brown II continues to live his passion for music.

The name James means Supplanter, which has Hebrew origin. Similarly, Joseph also has a Hebrew root, which means God Will Increase.