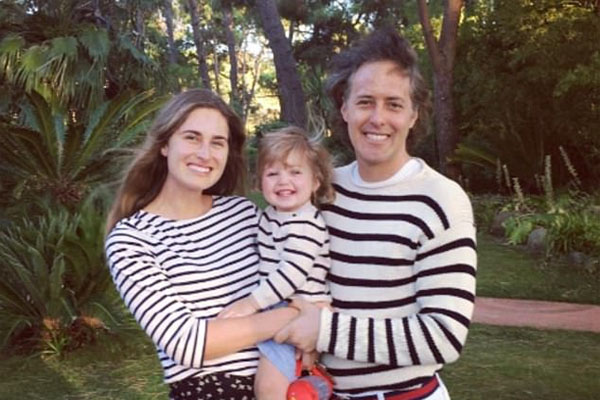 Lauren Bush‘s son with her husband David Lauren is James Richard Lauren who was born on November 21, 2015. James Lauren has a small brother named Max Walker Lauren. The adorable boy is very fortunate to be born in such a beautiful family. James is also the grandson of Ralph Lauren, who is widely known to be the founder of the Ralph Lauren Corporation.

James’ dad, David Lauren is the Chief Innovation Officer, Strategic Advisor to the CEO and Head of the Ralph Lauren Foundation. Unlike James’ dad, his mum is the CEO and Co-Founder of FEED Projects. She was a fashion model and a designer before becoming the CEO.

Lauren Bush’s Son, James Lauren Has Got A Great Bond With His Parents

The adorable James gets all the unbounded love from his parents. Both Lauren and David adore spending their time with James as well as Max. They take James to various places such as beaches, gardens, forests with greenery and so on. James is surely having a wonderful life traveling to exciting places with his parents.

Moreover, they love to take lovely photographs of James enjoying his childhood. Lauren does not hesitate to post her son’s photo on her Instagram account. Lauren Bush’s son, James is surely living a lavish life. He is so lucky because at such an early age he has been able to roam around the world with his parents.

Lauren Bush often give updates about her son, James through her Instagram account. She once posted a photo captioning “Building our first sandcastle together”. It shows that she likes to be around her children and enjoy every second with her son.

James should be very grateful to his parents. Similarly, Lauren Bush is making life-long memories with her son James by capturing every moment in the camera.

James Lauren and His Lavish Way Of Life

There is no doubt that James is living a splendid and luxurious lifestyle. With being the grandson of the great Ralph Lauren, James surely is having a wonderful life.

His grandpa also adores to hang out with James. James’ dad posted a photo of James with his grandpa and looks like the grandfather-grandson duo tends to have a lot of fun together.

The name James came from the Hebrew name, Jacob and it means ‘supplanter’. Similarly, Richard is a Germanic name that forms from two words ‘ric’ and ‘hard’ meaning ‘strong in rule’.