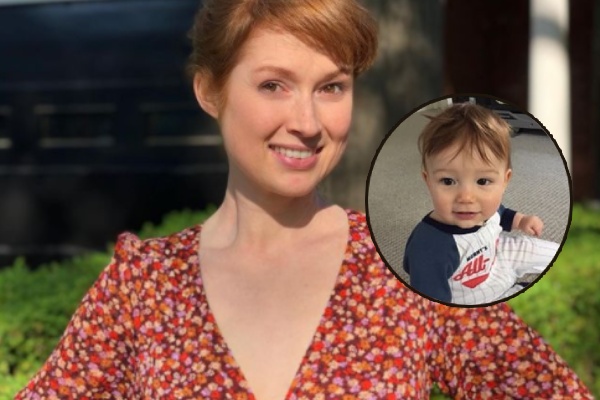 American actress, comedian, and writer Ellie Kemper is known for playing Erin Hannon in the sitcom The Office and Kimmy Schmidt in the sitcom Unbreakable Kimmy Schmidt. With a barricade of awards nominations, Ellie is a name that stands out from others,

Ellie has simply been extraordinary with countless movies and TV shows. She has been married to Michael Koman, and the pair shares two children. Out of the two children, in this article, we will be focusing on Ellie Kemper’s son, James Miller Koman.

Ellie Kemper’s son James was born in July 2016. Ellie is very private on social media about her family, but she did share the first photo of James on Today back in 2017, calling him “the cutest baby on the planet.” Being the firstborn in the family, James brought a lot of charisma, liveliness, and happiness into the family. James has definitely been a great son to Kemper. In addition, Kemper gave birth to her second child Matthew Koman in 2019, and the two kids are making her family complete.

According to Ellie Kemper, her son James is very fond of the A Star Is Born soundtrack. As the soundtrack is pretty regular in the house, James has picked up one of the parts to be really funny. There’s one part when Lady Gaga says, ‘You know I don’t feel this way about everybody,’ and Bradley Cooper says, ‘Good!’. James bursts out in laughter whenever he hears this part. Furthermore, James has even started to say it and made it a little party trick with his mom, which makes her really proud:

“When we’re at a party or someone comes over, I’ll say, ‘James, you know I don’t feel this way about everybody,’ and he says, ‘Good!’ And I’m, like, a stage mom about it,”

Just by this little revealance too we can see how loving bond the mother-son duo shares.

Even though Ellie Kemper and her husband have been really secretive about their personal life, we do have some glimpses of James, and isn’t he adorable? As we mentioned earlier, Ellie first shared a photo of James back in 2017, and he was one of the cutest baby fans had ever seen. The little guy is the spitting image of his mom, making him even more adorable.

Kemper is now a mother of two and having two little kids means having a lot of pressure. Moreover, with her job as an actress and mom, she needs to find the perfect balance that will not hamper either of the two. Let’s hope we get to see more from her as a mother in the coming days.

James is a name derived from the Hebrew name Jacob which means ‘supplanter,’ one who follows. Miller is a name which is possibly derived from a Gaelic word ‘meillear’ which means “having large lips”; ‘malair,’ or “merchant”; or ‘maillor,’ a man wearing armor or a soldier.