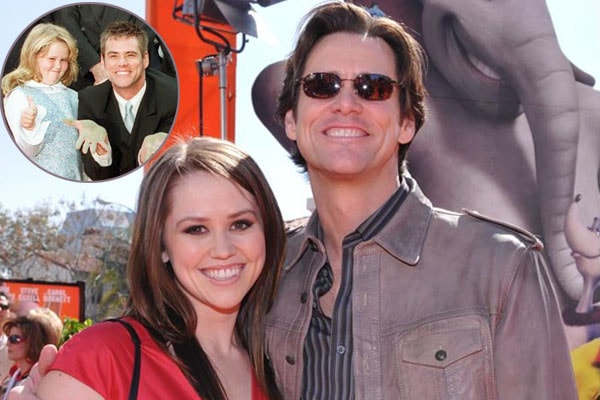 Not many might know about this, but Jim Carrey has an all grown up daughter, Jane Erin Carrey. Though much introduction shouldn’t be needed for the very talented Jim, not all know that he is a proud father to his daughter, Jane.

The lovely Jane Erin Carrey was born to parents Jim Carrey and Melissa Wormer. Jim Carrey is one of the top names in the entertainment industry who has played some roles in many iconic movies like Dumb & Dumber, The Mask, Liar Liar, etc. Whereas, Melissa is a producer and actress.

Jane Erin Carrey was born on the 6th of September, 1987 in Los Angeles, California, USA, the same year her parents, Jim and Melissa were married. The ex-couple of Jim and Melissa split in 1995.

Although being the daughter of one of the great actors like Jim Carrey, Jane Erin is someone who hasn’t used her father’s stardom to be in the limelight. Jane states that growing up beside her funny father was fun.

We all know Jim is a down to the Earth person and it too was all normal, not an extravagant life for Jane while growing up.

From her early childhood, Jane had a passion for singing, and she pursued on that passion of hers. She was among the thousands of participants in the eleventh season of American Idol. Unfortunately, she could not make it to the finals.

Even though that didn’t let her give up on her dreams. Jim Carrey’s Daughter Jane Erin Carrey still followed her passions. She became the frontwoman of her band named “The Jane Carrey Band.” Here is a small list of some of the songs of Jane Erin Carrey:

Jim Carrey’s daughter Jane Erin Carrey is undoubtedly an inspiration to many. Despite being the daughter of a man who has a Net worth of $150 million, she never did boast around. She was a waitress, on and off for more than five years.

Jackson Riley Santana, My Grandson, Born today! This is what 7lbs.11oz. of Calfornia dynomite looks like! %^> http://twitpic.com/15liwi

The name Jane is the feminine version of John and it means Jehovah has been gracious.

As for the name Erin, it is derived from Erinn, a Gaelic name which is a dative case of Erie, which is Ireland’s Irish name.