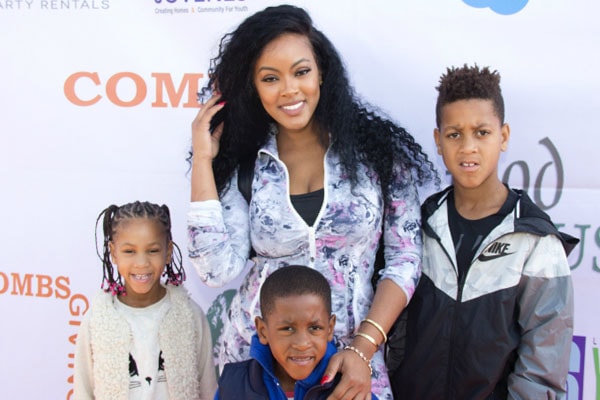 Malaysia Pargo and her elder son Jannero Pargo Jr. along with her other children. Photo Source: BCK Online.

The divorced couple of Jannero Pargo and his ex-wife Malaysia Pargo are blessed with three lovely kids. They have a son and fraternal twins (a boy and a girl.)

After the divorce, Malaysia was linked with many guys including rapper O.T. Genasis. But Malaysia Pargo is currently dating Sports Agent Ron.

Despite being busy in her schedule, Malaysia still finds time to spend quality moments with her children. Once in a while, she uploads photos of her son and her other kids and let the world have a glimpse of her lovely family.

I am so honored God chose me to be their mother. ♥️ #MyHeartbeats pic.twitter.com/lTbw5FwQnR

Looking at Jannero Pargo Jr., he surely has inherited the good looks of both of his parents. Though Malaysia may have her problems with Jannero, the family is still intact. Jannero Jr. might be too young to choose a career at the moment, and only time will let us know whether he will be a TV star like his mother Malaysia or a basketball player like his father, Jannero.

Not even three kids could save the love life of Jannero Pargo and his ex-wife Malaysia Pargo. Malaysia and Jannero got married in 2006. As mentioned earlier they have three kids and got divorced in 2014.

During the divorce settlement, Malaysia Pargo scored a huge pay. She received a 2015 Mercedes Benz G550 and access to three checking accounts. Plus Jannero would pay $14,580 in child support and the pair would share the joint custody of their three kids.

The name ‘Jannero’ has got multiple meanings. It means versatility, enthusiasm, and agility. Let’s hope that Malaysia Pargo’s son Jannero will also live up to like his name’s meaning.