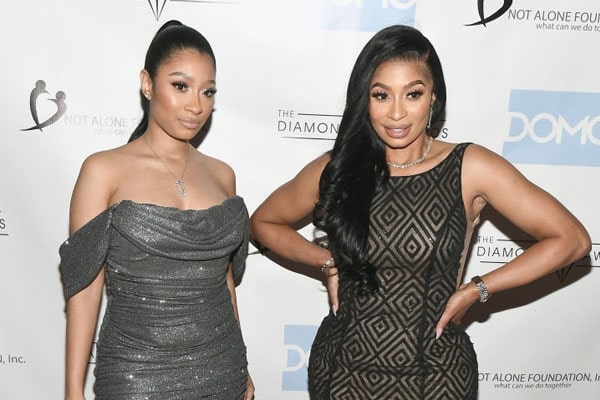 Not many people know this, but the Love & Hip Hop: Atlanta star Karlie Redd has a daughter named Jasmine Lewis who looks just like her. Karlie had her daughter Jasmine with her ex-partner Nathan (Nate) Hill.

Jasmine is the only child of Karlie and has got no siblings. She could’ve had a half-sibling as Karlie had stated that she was planning on having a baby with her then-boyfriend Lyfe Jennings. Jasmine Lewis’ mother, Karlie Redd, was engaged to her ex-fiance Arkansas Mo in July 2018. But they ended their relationship over their feud with each other.

As of June 2020, Jasmine’s mom is possibly a single mother and is not in any love affairs and relationships. Now, coming back to the topic, let’s not waste any time and know more about Karlie Redd’s daughter, Jasmine Lewis.

Despite being the daughter of a reality T.V. star-like Karlie Redd, Jasmine instead lives a low-key life, a life away from media attention and all. It looks like she doesn’t have a social media account, well she could have one but must be under a different alias.

Karlie doesn’t upload a lot of pictures of her daughter, but at times she surprises her fans by uploading a photo of the mother-daughter duo. Plus, when she does that, fans exclaim that they are much more of a sister than mother and daughter.

After mentioning Jasmine’s name from the beginning, Karlie Redd finally revealed her daughter’s face in one of the episodes of LHHA. When Jasmine walked in through the door, Karlie seemed pretty excited to welcome her youngling. After some long kisses on the cheek, Jasmine and her mother Karlie sat down for a sweet talk.

During the talking, Karlie Redd’s daughter Jasmine Lewis stated that she didn’t want to continue her education. And instead, pursue her career. But like a responsible mother Karlie is, she suggested her little one graduate first and then pursue her career.

According to Wealthy Persons, Karlie Redd has a net worth of $3 million that she earned from her inspiring career. Well, Karile Redd’s daughter is probably going to make her mom very proud of whatever she’s going to make from her career.

People must be wondering why is Nate Hill out of the family picture, well, Karlie Redd’s baby father is a drug kingpin and is serving a life sentence in prison. The Pocketown Records founder Nate once stated that if anything moved through Chicago, then it moved through him.

Well, it seems like she is far away from her father and is happy to be with her mom. We hope that Jasmine’s relationship with her dad is also a happy one. But, it’s good to see her enjoying life with her gorgeous mom, Karlie Redd.

The name Jasmine has got many origins, including Arabic, Old French, and Persian, in which it means “Gift from God.” Jasmine is also a kind of flower.