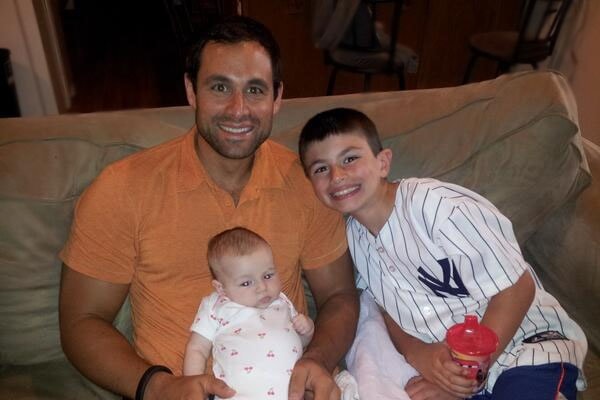 American reality TV celebrity, Jason Scott Mesnick is a proud father of his two children. Jason Mesnick had his two children from multiple baby mamas including his current wife Molly Mesnick, nee’ Malaney with whom he got married on February 27, 2010.

The actor Jason’s two children include an elder son and a daughter. His elder son is named Tyler Mesnick aka Ty Mesnick, whom Jason had with his first wife, Hilary Wynn. And his younger daughter is named Riley Anne Mesnick. He had Riley together with his current wife, Molly.

Born in 2005, Jason Mesnick’s son Tyler Mesnick doesn’t live with his father currently. Jason had Tyler together with his former wife, Hilary Wynn. And after the former couple’s divorce, his ex-wife Wynn retained custody of Tyler.

Tyler also has an Instagram account which, however, is kept private. Nevertheless, Tyler enjoys the company of his father Jason a lot and enjoys the time being with him.

Not only that but, Tyler is also very close with his half-sister Riley Anne Mesnick and his step-mother Molly. He is seen taking vacations and spending weekends along with them.

Riley Anne Mesnick Is The Youngest In Her Family

Jason Mesnick’s daughter Riley Anne Mesnick was born on 14th of March 2013. The adorable Mesnick couple announced that they were expecting their first child together back in 2012. Recently, Molly and Jason, along with their younger daughter, reside in Kirkland, Washington.

The lovely Mesnick family seems to enjoy traveling to different exotic locations. It is quite obvious that Riley is enjoying her childhood living with her parents and spending time with her elder half-brother Tyler.

Tyler Mesnick: Tyler is a male given name of English origin, which gives the meaning of “maker of tiles.”