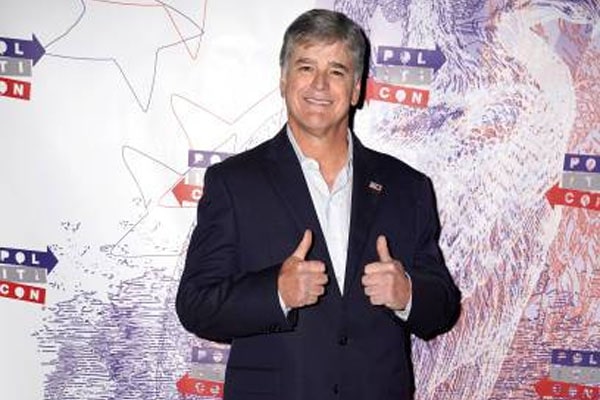 The American talk show host and conservative political commentator, Sean Hannity, is a father of two children whom he shares with his ex-wife, Jill Rhodes. The ex-couple’s children are Merri Kelly Hannity and Sean Patrick Hannity. Well, as for Sean and Jill, the two married each other in 1993. However, the exes announced in June 2020 that they had divorced each other in 2019.

Merri Kelly and Sean Patrick were probably not happy to see their parents parting their ways. But they are very committed to working together for their children’s best interests. So, if you want to know more about Jill Rhodes and Sean Hannity’s children, you better stick up with this article until the end.

Born on Nov 3, 1998, Sean Patrick Hannity pursued the tennis career that’s totally different from his dad’s and mom’s career. Well, Sean Patrick is the eldest child of Jill Rhodes and her ex-husband, Sean Hannity. Sean was probably athletic, and all sporty from his childhood and also has a keen interest in tennis.

Sean Hannity’s son joined the men’s tennis team, Wake Forest, in 2016. In the 2017/18 Redshirt, Sean finished 3-4 in the fall in singles play as a freshman. He also achieved his first win as a Deac against Charlotte’s Michael Bass. Plus, playing primarily with Yuval Soloman, he posted a 3-4 doubles record.

Then, he collected a pair of wins at the Wake Forest Invitational defeating Virginia’s Ethan Moskowski and Richmond’s Josh Keitelman in 2018/19. Similarly, as a sophomore, Hannity posted a 5-1 doubles record, including his first career dual match double victory. Even though he didn’t play much tennis for Wake Forest that season, he still got his NCAA championship team an invite to the White House.

Sean Patrick Hannity didn’t play much tennis for Wake Forest this season, but he still got his NCAA championship team an invite to the White House. You can probably guess how. By @marcatracy:https://t.co/YQLCkDrUZj

Both of Sean Patrick Hannity’s parents are very proud of him. They are always there to support him all the time, even after the divorce. He could go on to be a great tennis player in the future too.

Sean Hannity and Jill Rhodes’ daughter, Merri Kelly, was born in 2002 and has an elder brother, Sean Patrick Hannity. Perhaps Merri was drawn by her brother playing tennis, so she most probably followed Sean Patrick’s footsteps. Sean might be teaching his sister some tricks about tennis as well.

On Oct 18, 2015, Merri Kelly participated in the Nassau girls tennis championship at Eisenhower Park. She played a match against Hewlett’s Kseniya Zonova. The following year, in 2016, Jill and Sean’s daughter defeated Courtney Kowalsky 6-3, 1-6, 6-4, and won the Nassau County Singles Title. Merri’s family could not be more proud of her.

However, beautiful Merri is not a familiar face in the spotlight. Her parents are probably providing a subtle life for her. They are doing so that she doesn’t get disturbed by the media and have a great focus on her tennis career.

Sean Patrick Hannity – The meaning of Sean is ‘God is Gracious’ and is of Gaelic origin. Similarly, Patrick derived from the Latin name ‘Patricius,’ meaning ‘nobleman.’