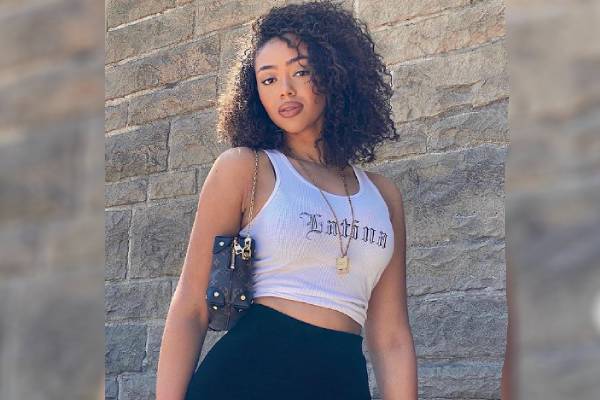 The songwriter and his partner, Terry, have produced numerous hit songs. As a result, the record producer has become one of the familiar faces in the music industry. But not much has been explored about his personal life. So, today, let’s talk about Jimmy Jam’s daughter, Bella Harris.

Only Baby Girl Of Her Parents

The famous musician and songwriter’s little girl, Bella, was born in April 2000, along with her twin brother, Maximillian Harris. Before them, Jimmy and his wife, Lisa Padilla Harris, welcomed their elder son Tyler Harris or Tyler James Harris, on 21 July 1996.

Bella Harris’ mother and father met each other over three decades ago. They got married in 1994, and just after two years, they entered parenthood.

Jimmy Jam‘s daughter and her siblings must have had a happy childhood. In addition to that, they must have been under the media’s spotlight from earlier. Hopefully, the Harris siblings have a close bond with each other.

Is A University Graduate Of FIDM

The record producer’s child seems to have loved the fashion and modeling world since childhood. So, she joined the Fashion Institute of Design and Merchandising in Los Angeles, California. Bella graduated from college in late 2021.

In an interview with Galoremag, the beautiful girl said she developed her passion for the fashion world because of her mother and grandmother. Their elegance and style inspire her heavily. Bella Harris’ mother, Lisa Harris, helps her style on many of her photoshoots.

Jimmy Jam’s Daughter Is A Model

As the celebrity daughter, Bella has been a familiar face in the industry for some time now. In addition, she has started her career in the fashion and modeling field. She is a model based in LA and has gained a lot of fame in a short period.

Lisa and Jimmy’s baby girl has grown up to be a beautiful woman. Bella has been active in her career for a few years and also has been featured in several magazines. For instance, the beautiful model has appeared in Maxim magazine, Galore cover story, and many more to list.

Hence, Bella Harris’ net worth must be a notable amount. On the other hand, her dad, Jimmy Jam has a fortune worth $50 million.

Who Is Bella Harris’ Boyfriend?

Jimmy Jam’s daughter made a headline with the juicy rumor of her dating the famous Canadian rapper Drake in 2018. The rumor started after the fans found out about the picture of the model and the singer posing together. At that time, she was just 16 years old and attending high school.

Furthermore, after some time, many articles reported that the rumor was false and said that Bella and Drake had never dated and weren’t in a relationship. Also, with the Galoremag, the model made it clear that she was currently single and the rapper was just a friend.

Well, Bella Harris’ boyfriend hasn’t been revealed yet. But, as per her interview, her ideal partner is someone who is loyal and respectful. Someone with a sense of humor and a taste for adventure. In addition, she likes a guy who has that I-Know-Who-I-am confidence persona, with a good intellect and ambition.

Nevertheless, the beautiful model has achieved significant fame and fortune with her career at such a young age. Her family and parents have fully supported her choices. In addition, any person who will be Bella Harris’ boyfriend will be one lucky guy. As she has just started her career, she still has a long way to go. Hopefully, she will achieve huge success, fame, and fortune in her career.

The name Bella is the short form of the Italian term Isabella which means beautiful.