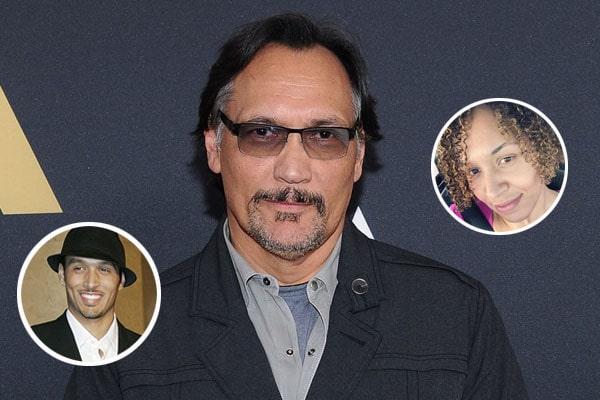 The actor who excels in legal dramas, Jimmy Smits, got married to Barbara Smits in 1980. They spent seven years together, where they were blessed with two children, a daughter named Tania Smits and a son named Joaquin Smits. After the divorce in 1987, the couple co-parented their children. Jimmy Smits got chummy with his partner Wanda De Jesus‎ while Barbara Smits remained single and focused more on her family. However, she left this world on April 16, 2010, after the complications from pneumonia.

Jimmy Smits’ son  Joaquin Smits, was born in 1983. He is an actor who starred in movies like Game Time, Club Life, and Alexander Reese. Apart from being an actor, Kino Smits (short for Joaquin) is a VIP Host at Marquee Nightclub & Avenue Night Club and has been working there for around seven years. Joaquin is a very professional person and seems to work very hard on his career.

Joaquin’s father, Jimmy Smits, said in an interview with People back in days that the way Joaquin walks or facial gestures that he makes astounded him. Even after the split of Joaquin’s parents, father Jimmy, and mother Barbara, he spent a lot of time with his dad. Just standing a few inches lower than his father only at the age of fifteen-years-old, he played for his Manhattan private school’s basketball team as a forward. And father Jimmy would always compliment on how his son Joaquin is better than him in basketball.

Being the son of one of the talented actors in Hollywood, Joaquin has inherited his father’s height and looks as well. We hope that Joaquin is still close with his father and spends time with him. Also, no other private information about Joaquin has been revealed yet as he lives a very low profile life.

Tania Smits is a 1973 born theatre writer, director, and teacher at Glasgow Middle School in Fairfax County. She is the firstborn of the talented actor, Jimmy Smits, and Barbara Smits, who worked at Cornell Cooperative Extension-New York City (CCE-NYC) for 29 years. Like her father, Tania made a career out of her passion for acting. She trains many kids on the delivery of dialogues and using numerous facial expressions in her theatre classes and shares snaps of her student’s achievements as well.

Both Jimmy Smits’ children, son Joaquin Smits, and daughter Tania Smits have settled in their life. They are also very supportive of their father and often promote his works on ther respective social media handles. We hope they spend quality time with each other.