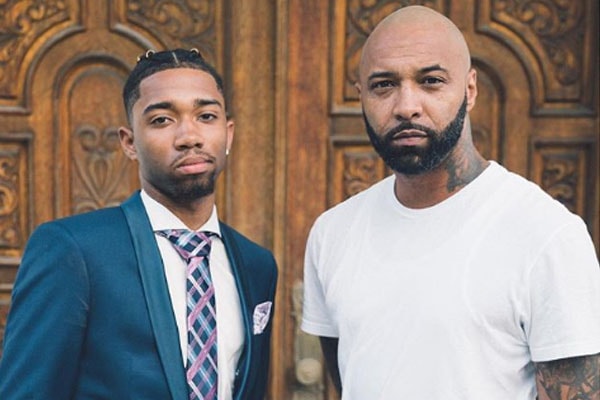 The “Pump It Up” rapper Joe Budden‘s son Trey Budden was born on the 11th of May, 2001 in New Jersey. Trey is the eldest son of Joe whom he had with his ex-partner, Angie.

Trey is the only child of Joe Budden and his ex Angie, though Trey has got a younger half-sibling named Lexington Budden. Lexington is Joe Budden’s son with partner Cyn Santana.

At the moment, it seems like everything is fine between Trey and his father, Joe. But in the past, the father-son duo of Joe Budden and Trey Budden didn’t have a friendly relationship. Trey is also an emerging rapper, and at one time he released a diss song against his father Joe stating their strained relationship. The song is titled “Thoughts After The Courtroom.”

The whole song is about why Trey had indifferences with his father, Joe Budden. One line specifically says

This shows how much tension had been built between Trey Budden and Joe Budden. And when Trey released the song, he called his father Joe and informed him about that.

My oldest son called to tell me he dissed me in a song & he wanted me to hear it from him before the streets told me….. that’s my baby!!! Lol

But the relationship is cool for the time being. At times Joe uploads photos of his son Trey Budden on his social media handle, and there is no love lost between them now. Trey Budden visits his father Joe every other weekend, and Joe stated that he would have never thought that this day would ever come.

Trey Budden, An Emerging Rapper In The Rap Scene

As stated above, Joey Budden’s son Trey Budden is also a rapper and has entered the rapping industry. He has released many rap songs under his belt. Here are some of the rap songs released by Trey Budden.

Now who knows, maybe Trey can even surpass Joe someday. Joe Budden has a Net worth of $6 million, well it might take time to for his son Trey to reach that feat.