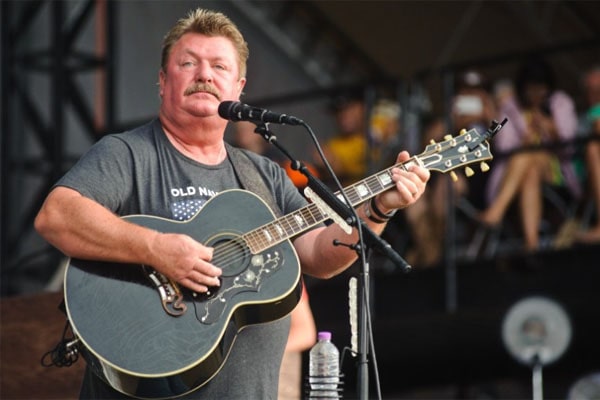 Joe Logan Diffie, known by his stage name, Joe Diffie, was an American country music singer. He made a massive name as well as fame from his music career.

Unfortunately, he died at the age of 61 from the complications of the COVID-19 disease on March 29, 2020. The Diffie family is going through some tough times after Joe Diffie’s death.

Who Are Joe Diffie’s Children?

According to The Washington Post, Joe Diffie was the father of seven children. His married life had never been stable, and he had been married four times with Janise Parker, Debbie Jones, Theresa Crump, and Kara Diffie.

Well, as of now, many of you may be wondering about Joe Diffie’s children and what they might be doing now. Fortunately, we got all the answers to your questions. So, without further ado, let’s get down and take a closer look at Joe Diffie’s kids.

Parker Diffie Is The Eldest Child Of All

Joe Diffie’s son, Parker Diffie, with his ex-wife, Janise Parker, is the eldest child of all. He has a younger sister named Kara Diffie and five half-siblings; Drew Diffie, Tyler Diffie, Kylie Diffie, Reaux, and a mystery half-sibling. According to Discogs, Parker is also a singer by profession.

Similarly, some of the sources claim that he had worked as Joe Diffie’s on-road manager in the mid-2000s and also auditioned for American Idol with Kara in 2010. As per research, Parker Diffie’s Instagram Profile has been private, so maybe he is living a low-key life.

Nevertheless, we hope that Joe Diffie’s son is living a happy family life with his family.

As for Kara Diffie, she is also Joe Diffie’s daughter with ex-wife, Janise Diffie. Lovely, Kara’s elder brother is Parker Diffie and has five half-siblings. She has a strong love bond with her siblings and is very close to her family members.

Going through Kara Diffie’s Instagram, she is in a loving relationship with her boyfriend, Travis. The lovely pair love to go on romantic dates, hang out, and click photos. They met each other in 2017, and since then, it has been a fairytale for the lovebirds. It has just been a couple of months that they officially moved in and trying to turn it into a cozy home.

We are very excited about what the future holds for them. Being optimistic, the loving couple will probably tie the marriage knot pretty soon.

Both Drew and Tyler Diffie are Joe Diffie’s sons with his ex-wife, Debbie Jones. They also gave birth to a baby who was born with Down syndrome and nearly died in 1991, who is the mystery half-sibling, as mentioned above. Kara, Parker, Kylie, and Reaux are their half-siblings.

All of his three children are probably living a subtle and happy life, and they could be really close to their family. Perhaps, Drew, Tyler, and the mystery child do like family gatherings and celebrations. But, most of all, they are still unknown to the media and public. But, after the sudden death of Joe Diffie, it might be possible that they could show up in the media.

Kylie Diffie And Reaux Were So Attached With Their Dad

Born in 2004, Kylie Diffie is Joe Diffie’s daughter with his ex-wife, Theresa Crump, whereas Reaux is Joe Diffie’s youngest child with his fourth wife, Tara Diffie. If you glance at Joe Diffie’s Instagram, it is jammed up his two adorable daughters’ photos. Joe Diffie and wife, Tara, parented both of them. He probably loved Kylie and Reaux the most, as they were the youngest children of all. Joe used to spend most of the time with his daughters at home and hanging out at beaches, parks, and whatnot.

Kyle and her half-sister, Reaux, were seemingly heartbroken to hear such sad news about her loving father. They must be missing him a lot. The attachment that they had with their dad was deep. Now Tara Diffie is there to take care of her babies. Nevertheless, the time may come when Kylie and Reaux will make their dad very proud in the coming years that he would smile from heaven.

Drew Diffie – The meaning of the word, Drew, is ‘Descendant of the Druid’ that derived from the Irish Ó Draoi.

Kylie Diffie – The Gaelic meaning of Kylie is ‘Handsome or Beautiful.’

Reaux – According to the French origin, Reaux means ‘Reddish-brown.’