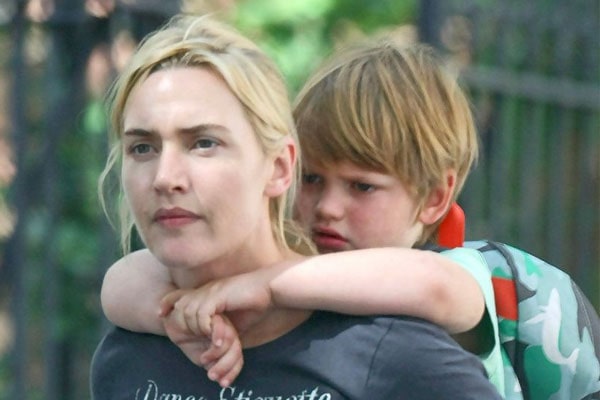 The well-known celebrities of Hollywood Kate Winslet and Sam Mendes tied their knot back on 24th May 2003. The lovely couple was one of the most celebrated duos in Hollywood but unfortunately due to some circumstances, the lovely pair separated on 3rd October 2010.

At the time being the pair shared a son named Joe Mendes. Kate Winslet’s son Joe was born on December 22, 2003, as Joe Alfie Winslet Mendes. After Kate and her husband, Sam, separated, little Joe lives with his mum and half-sister Mia Honey Threapleton. So, today let’s get to know the only son of well-reputed actress Kate and her director ex-husband Sam.

The one time Oscar winner and five-times nominee Kate Winslet has her fair share of controversy when it comes to her private life. At the age of 38, she and her third husband Ned Rocknroll welcomed their third child. Similarly, Kate is also the mother of two, Mia and Joe, who were born from her previous marriage with  Jim Threapleton and Sam Mendes respectively.

In an interview when playing the role of a single mother in the movie Labor Day, Kate said she had started to admire mothers everywhere. Being a parent completely transforms one’s life and of course, your children become the most important thing. When people hear Kate has three children from three different fathers they go, oh my god those poor little things! they must have gone through a lot of things. Says Who? said Kate.

Kate Winslet’s children live a comfortable life her. She says her little kids has always been with her no matter what and she takes really good care of her offsprings. Her children never had to go back and forth, none of the 50/50 time sharing with mom and dad. Her children live with her and that’s it says, Kate.

As mentioned above, Sam Mendes’ son Joe Mendes lives with his gorgeous mother Kate. Both the mother-son duo love spending time with one another. Little boy Joe can be often seen with his mother walking beside her sometimes even being carried by her. Despite having such a busy schedule Kate has definitely done a great thing in raising her kids.

Speaking of little Joe, he has inherited his mother’s good looks and his father’s charming nature. Plus, seeing him with his mother and half-sibling Mia we can tell how much of a good bond he shares with them. Where ever his mother goes he is never far away. Being the son of one of the most talented actresses, little Joe and his sister Mia had the opportunity of a lifetime when they met the legendary actor Leonardo DiCaprio. He is a good friend of mother Kate.

We have already talked about Kate Winslet’s son Joe Mendes and daughter Mia Honey Threapleton lives with her. It was the reason why the Fathers4Justic wanted to use her as a new campaign. However, her lawyers had threatened to sue the group after they find out about their plans to publish an advertisement attacking Kate.

The advertisement featured comments about her children and the interview she gave to Vogue. However, Kate’s ex-husband Sam contacted the group and said it would be inappropriate to involve his family. Later Fathers4Justic agreed to hold off the advertisement.