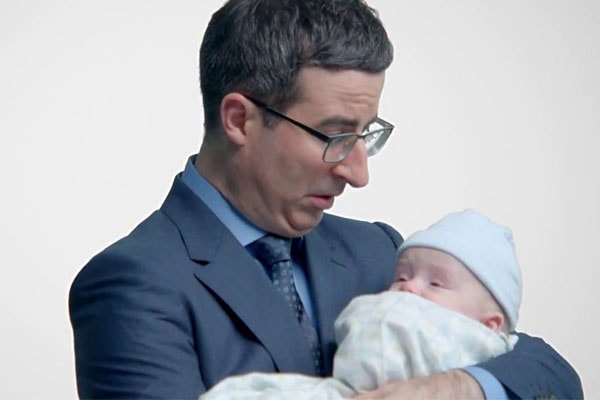 The proud parents, John Oliver and Kate Norley, met in the year 2008 and eventually walked down the aisle in the year 2011. Besides that, the lovebirds are also proud parents of two years old son who is getting ready to go to preschool.

Reveal of The Secret Baby

Father Oliver unofficially revealed the birth of his second son with wife Kate Norley in September during an interview at the 2018 Emmy Awards Governors Ball with People. The interviewer asked the famous Emmy award winner about where he was going to keep the Emmy he won for outstanding variety talk series to which Oliver replied, “I have no idea! We have a three months old, so as far away from the three months old as possible.

Prior to this interview, John had never publicly announced or referred to the birth of his second born child. Despite having their life circulating around the media, the celebrity parents prefer to keep their private life under the radar and away from the prying eyes of the media.

Father Oliver says, “This is not a royal baby”

It is uncertain if the public reveal of the baby in the Emmy Award Show was intentional or a mistake. However, It is certain that the news was successful in capturing a lot of attention and creating a huge buzz around the media and the internet. Despite not publicly showcasing the baby, the fatherhood and love between the father and child are evitable in the interviews.

On the Jimmy Fallon Show, Fallon congratulated John on his son’s arrival. John admitted of not knowing the birth of the comedian’s baby until they talked backstage. In response, the father explained the parents chose not to make a public proclamation regarding the birth of their son. According to father John, the pair decided to not announce the youngest child’s birth because it did not really matter. However, John made it clear that the birth matters a great deal to him personally.