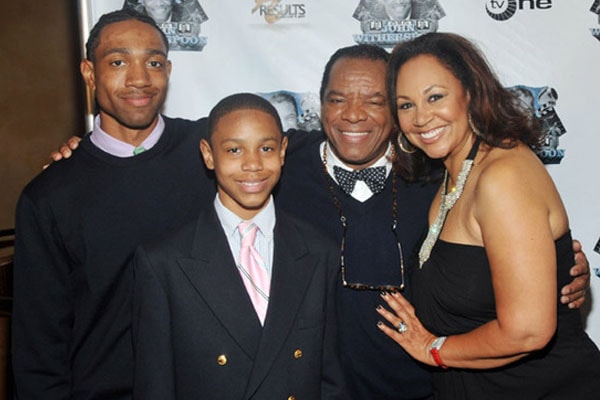 American actor and comedian, John had performed in dozens of TV shows and films. He was best known for his role as Willie Jones in the stoner comedy movie Friday. Unfortunately, the actor passed away recently on the 29th of October 2019 in Sherman Oaks, Los Angeles, CA.

John Witherspoon’s son John David is performing as a stand-up comedian. There is absolutely no doubt that the son went on to follow in his father’s footsteps. David even hosts Confetti, a trivia show, on Facebook Live. The stand-up comedian confirmed that he would now take over his late father’s Twitter handle.

It is with deep sadness we have to tweet this, but our husband & father John Witherspoon has passed away. He was a Legend in the entertainment industry, and a father figure to all who watched him over the years. We love you “POPS” always & forever.

David is also popular on his Instagram handle with almost 130K followers as of October 2019. After his father’s death, he paid an emotional tribute through his Instagram.

“I’m damn proud to be his son, and if I have even half the career & impact he has had on people I’ll be very happy.”

Looks like the son really admired his father’s work ethic and will live up to his name.

Alexander Witherspoon Is The Eldest Sibling In His Family

John Witherspoon’s son Alexander Witherspoon is the eldest sibling of his family. Alexander used to attend different annual functions and celebrity gathering along with his parents and junior sibling. For a while ago, he used to be in the limelight of the media.

However, things have changed and as of now, he prefers a low key life. But, Alexander clearly seems to enjoy being with his parents and sibling.

One of the most memorable roles of the late actor was as Pops on The WB sitcom, The Wayans Brothers. The matter became crystal clear how much John valued this role, as it was included in his Instagram and Twitter handle.

After the death, Marlon Wayans wrote a long tribute to his on-screen father on Instagram. Marlon wrote that he would celebrate the late actor by putting on episodes of their show, and even noted that John’s sons really grew up on the set of The Wayans Bros.

Other celebrities including Ice Cube, Chance the Rapper and Arsenio Hall, paid heartfelt condolences to the late actor on their social media as well. All our thoughts are with John Witherspoon’s family and loved ones. May his departed soul rest in peace

Alexander Witherspoon: Alexander is a male given name of Greek origin composed of elements including Alexin and Andros. Hence, it provides the combined meaning of “defender or helper of mankind.”