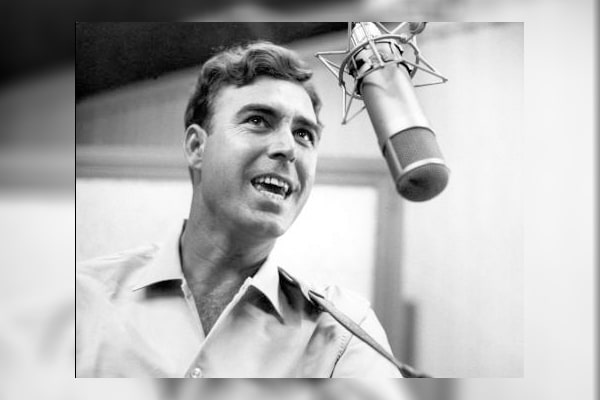 Johnny Horton is one of the most successful singers of the 60s. He is best known for his single, ‘The Battle of New Orleans’ which was awarded the 1960 Grammy Award for Best Country & Western Recording.

Throughout Horton’s years-long career, he composed folk ballads based on American historical themes and legend. Besides his successful career, he was also a loving husband and adoring father to three children. Unfortunately, the legendary singer Johnny Horton died on November 5, 1960, at the peak of his fame in a traffic collision.

Well, Johnny Horton’s daughters, Yanina Horton, Melody Horton, and Jeri Lynne Horton with wife, Billie Jean Horton, are keeping his legacy intact. Hence, we will be talking about their whereabouts in this article today. Let’s go!

Legendary singer Johnny Horton’s daughter, Yanina Horton, with wife Billie Jean Horton, is nothing like we expected. Meaning, she is not interested in music but is helping keep Horton’s legacy via social media.

Born in 1954, Yanina currently lives in Shreveport, Louisiana. Furthermore, Facebook’s relationship status claims single, but she has grandchildren. Besides sharing her time with her grandchildren, she shares several pictures of Johnny Horton and her mother, Billie.

The father-daughter duo had a great relationship. Yanina remembers him as a warm and smart person. She also described him as a great story-teller and was very fond of his attributes.

Unfortunately, Yanina had to confront the tragic death of her father, Johnny Horton. In an interview, she reminisced the last day she saw her father and recalls that he told her that he would not return and that he loved her. She further mentioned that Johnny asked her to take care of the family.

Johnny Horton’s daughter also mentioned that she inherited premonitions from her father. There isn’t much about her personal life, but she is taking care of her mother, Billie.

Likewise, Horton’s eldest daughter is not interested in making music and feels too old to walk on her father’s step; she does not let her father, Johnny Horton’s memory fade. Let’s hope to see more of her in the coming days.

Melody Horton is the second daughter of singer John Horton and Melody. Unlike her elder sister, Yanina, she is leading a very secretive life. Regrettably, she is away from any form of social media and is leading a very private life.

However, from the pictures Yanina had posted earlier, the Horton siblings shared a great bond and spent most of their dancing and enjoying music. In an interview, John Horton’s widow and Melody’s mother revealed that she lives in Shreveport.

Although Horton and Billie Jean Horton’s daughter, Melody, is away from the public’s eye, let’s hope she is doing well and grew old beautifully.

According to an excerpt from Gadsen Times, Horton’s daughter, Jeri Lynn, served as a nurse in Shreveport. Furthermore, she seems to be as secretive as her sister, Melody, and is away from social media.

Let’s hope the three sisters are living a noble life besides being away from social media and public scrutiny.

Yanina is a Hebrew name which means to represent the decent people with a sense of justice, lovers of truth and believe equality.

Melody is of English origin, which means song tune.

Jeri is of English origin, which means Rules with Spear.