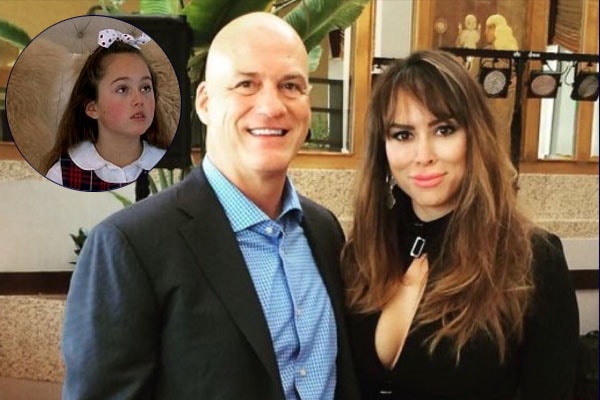 Kelly Dodd‘s daughter Jolie Dodd was born in July of 2006. Kelly had Jolie together with her ex-husband Michael Dodd. Jolie’s parents tied their wedding knot back in the year Jolie was born that is in 2006.

However, the former couple settled their differences and parted their ways in 2012 and got divorced in September 2017. Jolie Dodd is the only child of the Real Housewives of Orange County star Kelly.

Michael Dodd and Kelly Dodd’s daughter Jolie is adjusting to a new life following her parents’ divorce. As mentioned earlier, Kelly and her husband had broken up twice before finally getting a divorce in 2017. In an episode of the Bravo show, fans escalated Jolie’s mother Kelly downsize from their family mansion to a two-bedroom home as a result of the split.

According to Page Six, Jolie took a toll to move while her mother handled the situation well. Kelly told:

“It is only four houses down the street from the mansion, it was extremely hard for her cause she would walk by the house … It is her home. And then she have to go to this two-bedroom old house.”

Now that Jolie is living a less lavish lifestyle, Kelly said that she is teaching her daughter about real-world finances and work in order to earn money.

However, the same is not a case for Jolie’s father Michael. Kelly’s ex-husband fears for her daughter’s safety around Kelly and her current boyfriend Dr. Brian Reagan. Michael claims that Kelly is dragging their daughter Jolie along the ride of her personal life. Some text messages were leaked online in April 2019 that stated that Michael is prepared to take legal actions if needed to protect his daughter’s well-being.

It is obviously a fact that the RHOC star Kelly will always be on media limelight and her private life along with her daughters and affairs are quite exposed out in the media.

Kelly Dodd’s daughter Jolie Dodd is not so much interested in RHOC show as her mother is. She finds it interesting as a viewer to watch the show but doesn’t want herself to participate in it.

According to The Daily Dish, Jolie received lots of love from her mother and celebrated her 13th birthday with her BFFs this year in 2019. Kelly’s Instagram is also filled with the warm wishes of love for her daughter.

Jolie is a girl’s name of French origin meaning “pretty.”