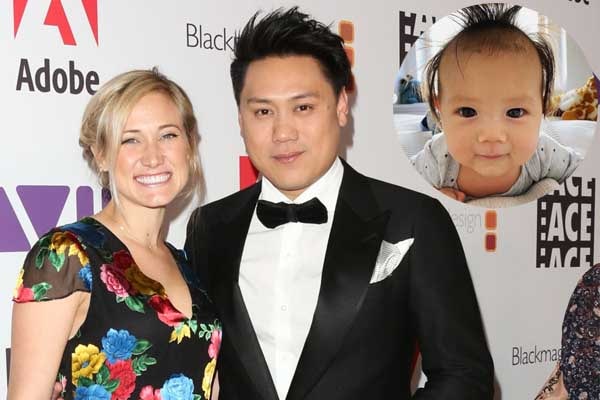 Born as Jonathan Murray Chu, Jon M. Chu is a well-known producer, writer, and director best known for Crazy Rich Asians, The Arena, and many more. He exchanged vows with his longtime girlfriend, Kristin Hodge on July 27, 2018. The renowned director who we have come to adore is a proud father of two kids, a son and a daughter.

Jon M. Chu’s son Jonathan Heights Chu was born on July 26, 2019. He also has a daughter named Willow Chu, born in July of 2017. At the time of his son’s birth, Jon was filming In the Heights but took the day off to witness his wife give birth to their first son.

Named Jonathan After The Movie He Was Filming

It was a Friday night, and Jon had taken the day off to see his wife give birth to their first son, and at 12:02 PM Jon and his wife welcomed their first son. He posted a picture of him holding his newly born child the next morning with a sweet caption. He wrote, his son landed onto our planet with a backpack full of bravery and rockets fueled by resilience strapped onto his sneakers.

Willow Chu’s little brother knows no limits and only looks in one direction, up. One day, he will show us the way to the stars and beyond, until then he is just a little astronomer, says Jon.

The Factor Of Gossip

From the moment Jon M. Chu’s son Jonathan Heights Chu’s photo went viral, his hair had been the talk to the town. Jon has mentioned his son to be an angel fallen from the sky, and his angel surely has a cool hairstyle. In fact, little Jonathan’s hairstyle is quite popular amongst Jon’s fans.

Jon’s wife Kristin loves the fact that fans adore her son’s hairstyle and often posts pictures of Jonathan with his fuzzy hair.

Centre Of The Attention

The moment Jon and his wife welcomed their son to their lives, he has been the center of attention. Well, it’s a fact that mothers are quite fond of their kids, but in the case of Jonathan, his elder-sister is also really fond of him. Well, it takes a bit to time for the elder one to accept the younger ones, but it’s quite the opposite in little Jonathan’s case. His elder sibling loves spending time with him and playing with him.

In addition to that, little Jonathan’s sister never mindes looking after him, well she isn’t that big to babysit her brother, but the two have a lovely time whenever they are left alone.