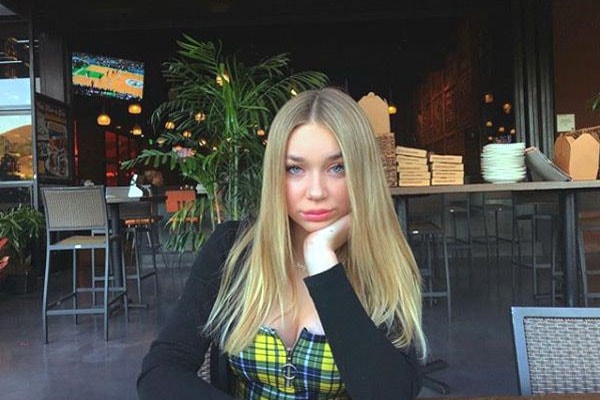 Jorja Bleu Michaels, Bret Michaels‘ daughter with his partner Kristi Gibson was born on the 5th of May 2005 in Los Angeles, CA. Jorja’s parents, Bret and Kristi have been in a relationship for a long time now and are yet to marry one another.

The beautiful Jorja is not the only child of her parents. She has an elder sister named Raine Michaels, born on the 20th of May 2000. Raine is a gorgeous swimsuit model by profession.

14 years old Jorja is the youngest child of popular rocker Bret Michaels. Following the similar looks of her adorable sister and mother, Jorja looks quite mature for her age. Despite having quite defined and stunning looks, she is still cute and lovable. Clearly, the beautiful young teen must be quite loved by her family.

Jorja has quite a unique birthday as she was born on a similar number pattern that is on the 5th of May 2005(5-5-5). The father-daughter duo has got a great loving bond with one another. And Bret always makes sure to wish his little one, who is growing to be a pretty lady on her special day.

#HappyBirthday my teenager, Jorja Bleu. I super love you, but you’re growing up way too fast. https://t.co/wfc2t3XcsE pic.twitter.com/05pfqg0KJU

Bret Michaels’ daughter is currently in her early high school. However, details regarding Jorja’s schooling hasn’t yet been revealed.

Jorja Is Active On Her Social Media Handle

Like many teens out there, Jorja is also very active on her Instagram handle. She has reached almost 23K followers on her IG account as of October 2019. Jorja has a lot of similarities with her elder sister, Raine. The hobbies, lifestyle, and living habits of the two sisters are almost similar. It is quite difficult to differentiate between the two sisters.

It is hard to deny that Jorja looks up to her elder sister as her role model. Not only that but Jorja is also a huge animal lover. And we can see that just like her sister, Jorja is also an emerging star.

Jorja is a feminine given name derived from English name “Georgia” meaning “farmer.”