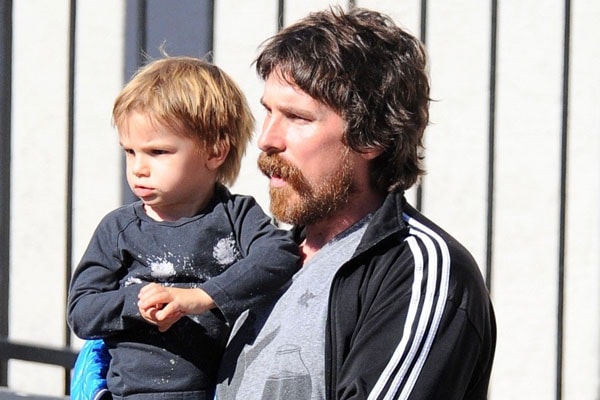 The Vice actor Christian Bale‘s son Joseph Bale was born in 2014. Christian had his son with his wife Sibi Blazic.

The handsome Joseph Bale is not the only child of Christian Bale and Sibi Blazic. Joseph has got an elder sister named Emmeline Bale. The cute Emmeline Bale is nine years older than her younger brother Joseph.

Christian Bale is a very secretive person. Nobody knew that his wife Sibi Blazic was pregnant until the day she was spotted with a baby bump at the Academy Awards. Plus he even took a while to announce the name of his newly born son.

When it comes to his private life, the 44-year-old actor is pretty secretive about it. As both Christian and his wife Sibi are not that active in the world of social media and don’t attend any programs or events with their children, it is only at times that people get to see their younglings. Still some fans upload the photos of Christian Bale’s family and admire them.

Well, it is also rare and let’s say once in a blue moon kind of thing for Christian Bale to step out with his son Joseph. But whenever they do, it looks like the father-son duo of Christian Bale and Joseph Bale seem to have a lot of fun together.

Joseph Bale’s father Christian is fiercely private. He works hard to make sure that both his children Joseph Bale and Emmeline Bale live a normal life away from all the media ruckus. Though looking at some of the released photos, we have to admit that Christian Bale’s son Joseph Bale has inherited the good looks of his star dad.

Now only time will tell us, whether or not that Joseph has inherited the acting skills of his father Christian Bale.

The name Joseph has a Hebrew origin. In Hebrew, Joseph means “May Jehovah give/add increase.”