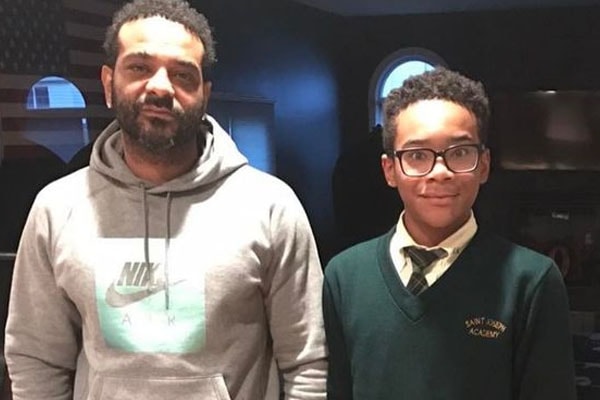 As of 2019, Joseph is the only child of Jim Jones, the famous hip hop artist. Let us get to know more of Joseph Guillermo Jones III.

Jim Jones first introduced his son Joseph III aka Pudy back in 2013 on Chrissy & Mr. Jones. Now the father and son duo seem to have a close bond ever since as Pudy is seen spending a lot of time with his father.

It is quite difficult to believe that the sweet kid has grown up so quickly since his first appearance on the show. Pudy is also an excellent football player at his school.

Jim is a proud father of his son. The rapper doesn’t shirk his responsibilities if it comes to spending quality time and encouraging his son in his education and career. Not only that but he also imparts the value of physical fitness to Pudy. The two seems to have a very strong bond together.

Joseph’s father Jim Jones is accused of being a member in the trial of Nine Trey Gangsta Bloods. Recently, in September of 2019, during the trial at Manhattan’s Thurgood Marshall Courthouse, Daniel Hernandez aka Tekashi 6ix9nine has mentioned that Jones including famous figures like Trippie Redd, Casanova, Cardi B, and Chief Keef are a member of gang.

However, Jim is a retired rapper and clearly seems not involved in the case whatsoever.

Joseph is a male given name of Latin origin which gives the meaning of “he will add.” Whereas, Guillermo is a Spanish origin, boy’s name form of “William.”