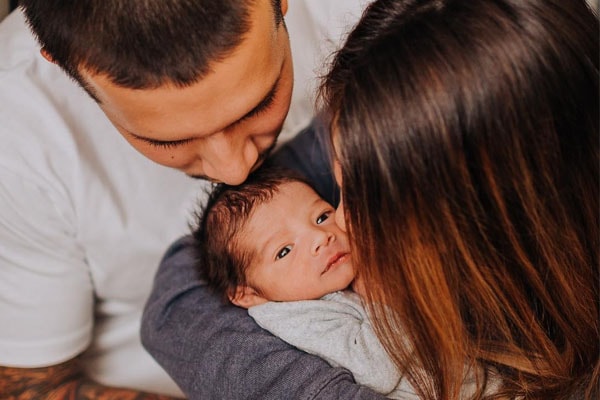 The Teen Mom 2 dad Javi Marroquin’s son, Eli Joseph Marroquin, was born on 15 November 2018. The little Eli joins big half-brother, Lincoln who is beyond excited to be a big brother.

The lovebirds, Marroquin and Comeau, met at a mutual friend’s wedding and dated for months before parting their ways in September 2017. However, the relationship hit the streets again after the unplanned pregnancy.

The youngest child of the family was born earlier than the due date on 15 November 2018. The proud parents share multiple adorable pictures of the newborn baby and don’t hesitate to showcase their love for the children in the social media. 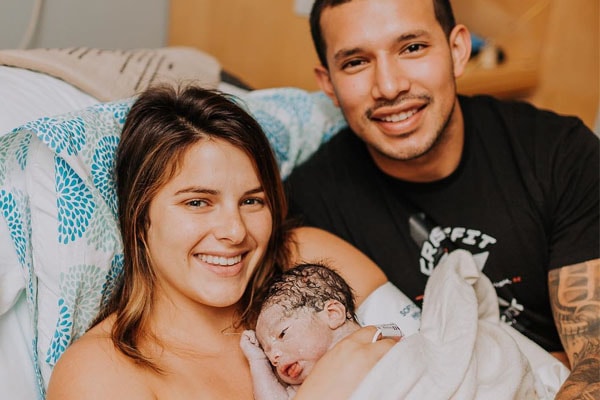 According to the parents, Javi and Lauren, they are ecstatic and overjoyed by the news of their baby boy’s arrival. Likewise, the gender of the baby was known over four months ago in a gender reveal party in July 2018. Besides that, Comeau admits that their son is “really pretty mellow” and their first night home with the son was very long as she had forgotten what it was like to have a newborn.

Ready for a house full of BOYS! ?

The proud parents, Javi Marroquin and Lauren, gushed about how amazing it was to have a perfect baby boy. The not-so-emotional Teen Mom 2 dad Javi even shed some tears and just seeing his son arrive really had him in his feelings. The family of four share a strong bond and couldn’t be happier.

Despite the joy of having a little bundle of joy in the house, the Teen Mom 2 star revealed about her shocking preeclampsia diagnosis. The 26 years old Comeau was induced at 37 weeks and four days and had mild preeclampsia. In addition, Lauren had high blood pressure and protein in her urine. The doctors and nurses wanted to get the baby out of Lauren’s body before it got worse. However, the mother and the child were healthy and doing great after birth.

The name “Eli” is a masculine name from Biblical  עֵלִי “ascent” and of Hebrew origin. The Hebrew meaning of the lovely name is “my God”, “high” or “elevated”. Besides that, the name “Eli” can be an unrelated abbreviation of Hebrew names such as Elijah, Elisha, Eliezer, and so on.

Joseph is a masculine name originating from Hebrew. The beautiful name is recorded in the Bible of Hebrew as “וֹסֵף”. Joseph can be translated from Hebrew as signifying “Yahweh/Jehovah shall increase/add.