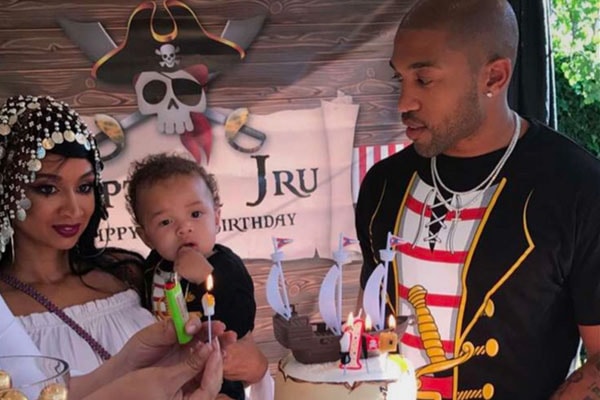 Draya was already a mom of one. She has a son named Kniko Howard. Likewise, Orlando also has twin daughters, Taylor Scandrick, and Tatiana Scandrick. As a couple together, Jru Scandrick is the only son Draya and Orlando has.

Orlando Scandrick is a football cornerback, hailing from America. He plays for the Washington Redskins in the National Football League (NFL). Whereas, his wife Draya Michele is a woman with multiple talents. She is a model, actress, fashion designer, and a media personality.

Draya Michele and Orlando Scandrick’s first son Jru Scandrick weighed 6.5 lbs and was measured 20 inches long during the time of his birth. As both Draya and Orlando already have babies with their previous partners, Jru is the sixth member of the family.

Well, all the fans had to wait for eight months before catching a glimpse of the baby Jru. The pretty Draya took on her social media profile to share the picture of her cute son. Fans complimented the young Jru stating he was the perfect blend of mother Draya and father Orlando.

In an interview with People, Michele seemed pretty excited to welcome her son, Jru. The young Jru is such cute and good looking that right after his birth everyone infatuated with him, including his brother and sisters.

Although the actress, Draya had expected the baby to be a Taurus, he came to the world a few weeks earlier than the due date. The cute Jru’s birth sign is Aries.

When the fans asked Draya on why she took so long to reveal the face of her child; she replied that he was just a bit too young and was still changing.

The young Jru became two this year. On his first birthday, they had a pirate themed birthday party for the one-year-old Jru.

After the first photo of Jru was released, mother Draya had to face a lot of criticism against which she reacted calmly. A lot of people commented on baby Jru’s skin color and asked questions about whether or not Orlando is his birth father. 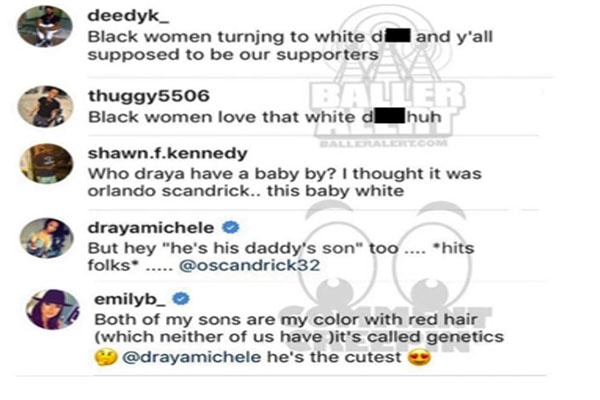 Draya aspires to keep her son Jru Scandrick away from the limelight.

And looking at the young Jru, he surely will be a good looking one.

As stated above, the name Jru is pronounced as ‘Drew’ which is a Scottish baby name meaning ‘Manly.’