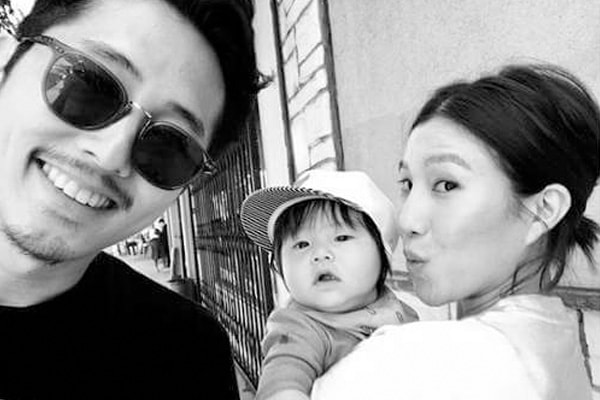 Joana Pak’s son Jude Malcolm Yeun was born on March 17, 2017. She had him with her husband Steven Yeun. Jude is the eldest kid of the family. He also has got a younger sister whose name has not been revealed yet.

Jude’s father Steven is a famous actor known for his roles in The Walking Dead, TV series. As for his mother Joana, she is a photographer. Jude was born a year after his parents got married.

Jude Malcolm Yeun Is The First Child of Steven and Joana

Soon after the couple got married, Steven Yeun’s wife Joana became pregnant. She shared her news via her social media handle, posting her belly bump. Aforementioned, Joana gave birth to Jude on 17th of March 2017 and named Jude Malcolm Yeun.

Both parents are really concerned about their child and seem happy together. Both Jude’s mother and father keep sharing the pictures of him on their social media handle.

Looking at Jude’s photos, it seems like he loves spending time with his parents. Since his father Steven is a busy man, it must be hard for him to find time to spend with his kid. And whenever they are around, the small family seem to have a lot of fun.

The 2-year-old son of Steven will soon be going to school. Not just that, he is now got a younger sibling as his parents welcomed their daughter in April 2019.

Jude Malcolm Has Got A Younger Sister

The happy couple also shared their second child’s news in late 2018. Jude’s mother Joana announced the news via her Instagram. Jude’s parents welcomed a precious baby girl in April 2019. However, the name of the baby has not been revealed yet.

We bet that Steven Yeun’s son Jude loves his sister a lot. And he will surely fulfill his duties of a responsible elder sibling.

The name Jude means praise which is a short form of the name Judah/Judas. As for the name Malcolm, it means the “disciple of Columba.”