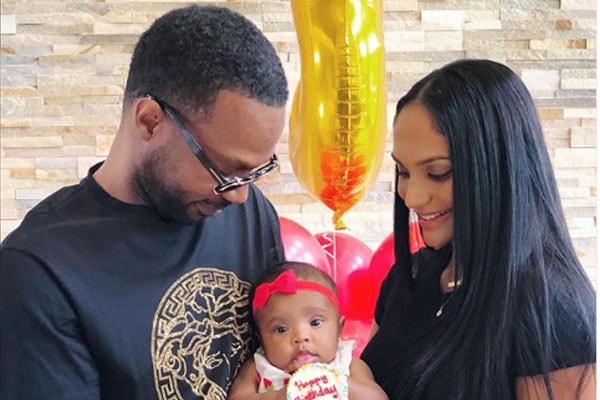 Juicy J‘s daughter Kamai Houston was born on the 2nd of February 2018. Juicy had Kamai together with his wife Regina Perera. Kamai’s parents, Juicy and Regina tied their wedding knot back in 2016 and the adorable couple is together ever since.

Kamai is the only daughter of the fan-favorite rapper Juicy J. Her father is a well-known American rapper, songwriter, and music producer.

Kamai Houston Is The Only Child Of Her Parents

As of 2019, Kamai is the only child of her parents, Juicy and Regina. Jordan Michael Houston aka Juicy J was the most eager and excited person to welcome his new baby daughter.

The excited parents had announced that they selected the name a couple of months back, even making an Instagram page for their daughter prior to her arrival. Juicy J announced his wife’s pregnancy during his appearance on Jimmy Kimmel Live!  in August of 2017. The love birds even had a baby shower and seemed delighted about it.

The famous rapper had a new life-changing milestone to celebrate as he is now officially a father. Juicy even posted a heartwarming flick of him holding his baby girl, Kamaí.

It isn’t quite a usual fact to have a social media handle even before the birth of a person. However, Kamai had her Instagram account prior to her birth. The account was created and is handled by her parents’ joint collaboration. She has reached over 5K followers as of October 2019.

Kamai is quite a lucky child as she is fortunate enough to have such caring and wonderful parents. A year-old baby daughter of Juicy J has every opportunity to enjoy. She loves to play around and travel along with her parents to fun and lovely locations.

Kamai is a female given name of English origin that provides the meaning of “writer, intelligence, and uniqueness.”