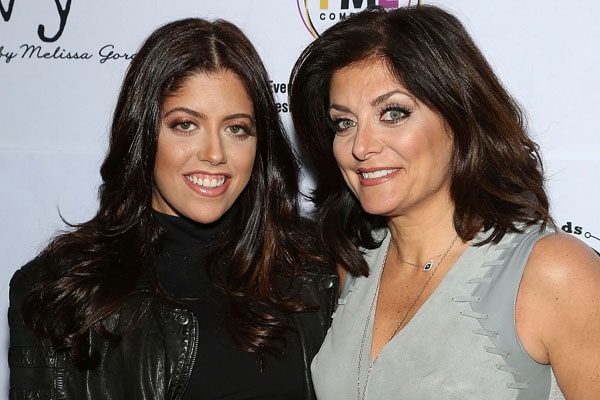 Victoria Wakile is the daughter of the reality star Kathy Wakile, born on January 16, 1994. Victoria has a brother named Joseph Wakile. We were first introduced to the Wakile family back in the third season of The Real Housewives of New Jersey.Wa

Speaking of her parents, we all know her mother is a reality TV celebrity, and her dad Richard Wakile is a Lebanese-American businessman. We all are familiar with Kathy as she is one of the leading characters in the RHONJ. So, let’s get to know more about her daughter Victoria.

Kathy Wakile’s daughter Victoria Wakile is in a relationship with Teddy Kosmidis since 2017. In fact, Victoria’s longtime boyfriend proposed her with a lovely setup. The whole scene was uploaded by Victoria’s mother on her Instagram with a tag The Perfect Evening The Perfect Couple The Perfect Love The Perfect Ring. Teddy proposed Victoria with a 3-carat engagement ring.

Similarly, the whole setup was so beautiful and was covered with flowers. The ceremony was held at the Liberty House restaurant in New Jersey on 24 August 2019.

In addition, Victoria Wakile’s mother, Kathy Wakile, attended the ceremony and expressed her emotion by saying, she was beyond words. More to that, she and her husband are very happy to have such a great future son-in-law.

When it comes to Victoria’s wedding, it will take place in 2020. Currently, the whole Wakile family is planning for the big day.

From Patient To A Soon To Be Nurse

Kathy Wakile’s daughter Victoria Wakile wants to become a nurse. But before she could follow her dream, she needed to clear a tumor. Victoria underwent two brain surgeries to remove her growing cancer. Now after removing the tumor, she is fit to follow her dream of helping people.

Furthermore, she uploaded her pictures of recovering from the surgery. On the pictures, she mentioned no matter how, no matter what, she would accomplish her dream of becoming a nurse. Not only Victoria, but her mother also kept on updating fans about Victoria’s health.

So does she have cancer again or just a scare? Poor thing, too young to go thru this!

After Victoria earned a BA degree in Psychology, she mentioned that it was an amazing experience, and she is going to help more people then she expected. More to that, she is raising funds and awareness for health issues.

Victoria Wakile and her family are really proud of her decision about marrying Teddy and becoming a nurse. In one post uploaded by Victoria, she shared some of her precious family moments. One of them was, her family and friends surprising her on her 25th birthday. She mentioned that her house was decorated with butterflies, and her loved ones were planning the whole thing for about a month.

Moreover, Victoria specially thanked her lovely brother, who planned the whole thing. She also appreciated her boyfriend for supporting and taking care of her.

Talking about Victoria and her sibling’s relationship, they are really close to one another. Plus according to Victoria, her brother is the most precious gift that her parents ever gave her. That clearly shows her love and affection towards her younger sibling, Joey.