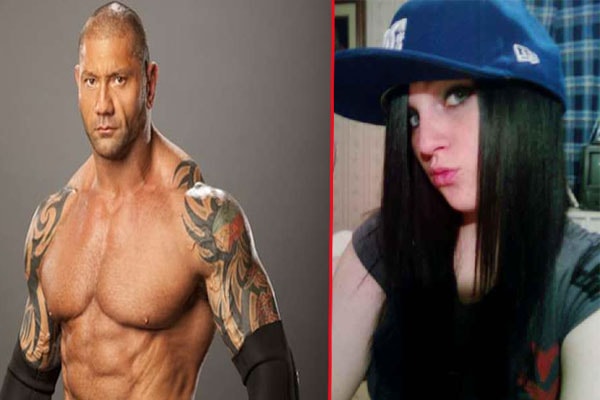 WWE superstar Dave Bautista‘s daughter Keilani Bautista was born in 1990. Bautista had her together with his first-wife Glenda Bautista. Keilani’s mother Glenda works at Hearst Publishing Company as a senior director in Ad Products in New York.

However, the former couple, of Dave and Glenda settled their differences and got separated in 1998 after 8 years of marriage. After separating from Dave, Athena’s mother Glenda has been in a marital relationship with her husband Chris Baker since 2014.

Keilani is the eldest kid in the family and has got a younger sister named Athena Bautista. Keilani’s younger sister also has a YouTuber channel under her name.

Keilani Is A Mother Of Two

Dave Bautista’s daughter Keilani is the mother of two children, Jacob and Aiden. There are many sites who claim that Jacob and Aiden are both twins. However, no details about the baby father have been ever released yet.

Keilani has a mixed ethnicity and is a mixture of Filipino and Greek as same as her father Dave Bautista. Though for some reason, neither Keilani nor her younger sister Athena has been on the media. It looks like Dave Bautista’s children are enjoying their life someplace far away from the media.

However, Keilani has got social media accounts but hasn’t been that much active in it. She has got a Twitter account with 349 followers as of September 2019. And as per her description, there are many people who have got an account under her name and suggested that she is the real one.

Not just that, her account is also set on private. And by that, we can assume that Bautista’s kid doesn’t like public interference in her private life.

Keilani is a girl’s name of Hawaiian origin meaning “ heaven, glorious and royal one”.