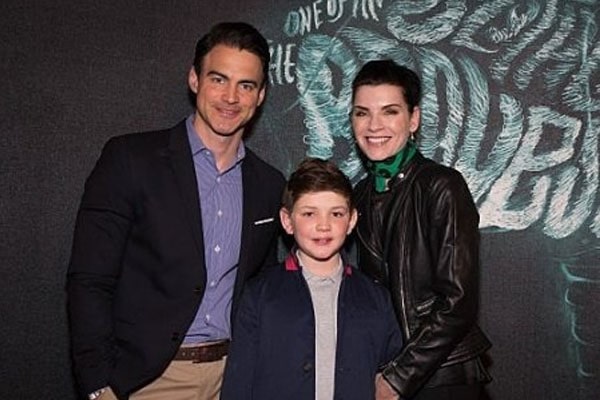 Julianna Margulies is a well-known name when it comes to Hollywood. She has won more than five awards, and we don’t have to keep saying that she is an outstanding actress. Nonetheless, she is really down to earth person and likes to treat all people equally.

Talking about her personal life, Julianna likes to keep it a secret and is really good at it too. She exchanged her vows with her husband Keith Lieberthal back on November 10, 2007. The lovely duo welcomed their son Kieran Lindsay Lieberthal on January 17, 2008. Julianna keeps her son away from the limelight and doesn’t usually talk about him. However, she sometimes shares little information regarding her son Kieran. So, let’s get to know more about the only son of the actress, Julianna.

Julianna Margulies’s son Kieran Lindsay Lieberthal is a little angel, according to his mother. She explained that the birth of her son Kieran was the best thing that ever happened to her besides getting married to her husband. Also, little Kieran’s grandfather, Dr. Kenneth Lieberthal, when reached by PEOPLE, said that his little grandson is cuter than any baby he has ever seen.

Furthermore, when asked, Julianna said that if she had a religion, it would be gratitude, and that’s what she wants to teach her son. She used to read cookbooks to little Kieran, and now he lends his helping hand in the kitchen as well. Julianna Margulies’s son Kieran is a great eater; he loves to eat healthy food. Unlike other children, Kieran loves brown rice, chickpeas, carrots, and broccoli. Julianna says she got really lucky with her son and can’t imagine having another one. She is afraid that she would end up having a spoiled brat. So, she says she is happy with one and can’t risk having a whining one.

Julianna Margulies’s son, Kieran Lindsay Lieberthal’s birth, was kept a secret until Kieran’s grandparents revealed the information regarding him. Julianna’s mother, Francesca Margulies, was rather shy when speaking about her newly born grandchild. When approached by PEOPLE, she said she better not open her mouth; otherwise she would get in trouble with her daughter. Clearly, we can see how much of a possessive mother Julianna is. She has also not posted any pictures of her son on her social media accounts. However, her son has been spotted during Julianna’s Hollywood Walk of Fame.

Speaking of Julianna’s Hollywood Walk of Fame, she was accompanied by her husband and son. It was a really proud moment for Julianna, and she seemed really happy having her husband beside her. Julianna’s husband, Keith, is a lawyer who graduated from Harvard Law School.

Julianna Margulies’s son Kieran Lindsay Lieberthal’s first name Kieran is the Irish form of the Gaelic Ciarán, meaning little dark one. Whereas his middle name Lindsay is of Scottish origin meaning A lake, a place of linden trees.