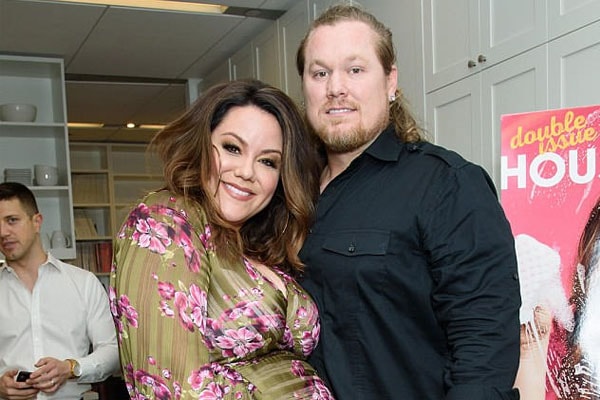 Katy Mixon‘s son Kingston Saint Greer was born on the 19th of May, 2017 in Los Angeles. Kingston Saint is the first child of Katy with her husband, Breaux Greer. During the time of birth, the little Kingston weighed in at 9 pounds and 6 ounces.

The news of Katy Mixon’s pregnancy was announced in the early weeks of December in 2016. Both Katy and her husband Breaux were delighted to welcome their first born.

Katy Mixon gave birth to a beautiful baby daughter named Elektra Saint Greer on the 16th of May 2018. The little Kingston Saint was cherished to welcome his little sister home. Kingston Saint Greer’s sister Elektra was born three days prior to his first birthday.

Katy Mixon had also kept the birth of her son all to herself, and some close friend as the news of the birth of Kingston Saint was published almost after a month of his birth. Well, rapper Cardi B also took her time to reveal the face of her daughter Kulture Kiari Cephus to her fans, so we hope that Katy Mixon will also soon reveal the photos of her son Kingston Saint.

As both the children of Katy Mixon and Breaux Greer have a similar name, we bet they have similar faces too. Katy is very much close to her TV daughter Julia Butters as she keeps on uploading photos of her in her social media handle. She also has a great bonding with the other cast members of American Housewife as well.

The name Kingston has an English origin, and it means “from the King’s valley.”

As for the name Saint, it means a holy or a virtuous person. It seems like Katy Mixon took her time to name her son Kingston Saint Greer as it is a name with powerful meaning.