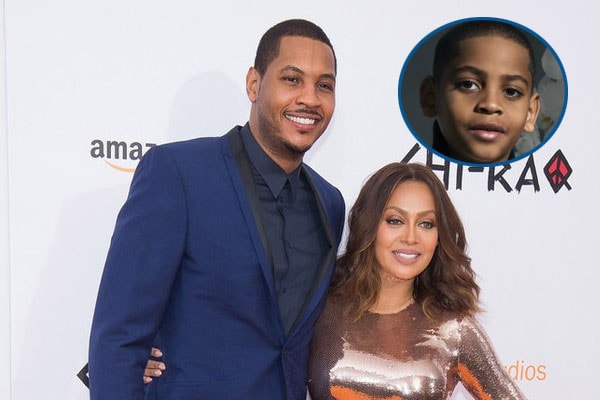 The 12-year-old Kiyan was known because of his parents, but not anymore. The talented Kiyan has now been working very hard on his own. Just like his father, Kiyan has chosen sports as his career. As for now, Kiyan has been playing for New York Gauchos AAU team.

At a very young age, Kiyan has an impressive court vision and is very exceptional while dribbling the ball. Who knows that his father Carmelo could have given him special tips and tricks to be a great basketball player. Looking at Kiyan’s game, he already has started to show signs of his father’s prodigious scoring talent.

Carmelo’s son Kiyan has surely made him proud.

Kiyan Is Close To His Family

La La Anthony’s son Kiyan has a very close relationship with his parents. Going through Carmelo’s Instagram account, we can see that Kiyan loves spending fun-filled moments with his parents.

Kiyan’s parents can be often seen together on their son’s game. Plus, the pair were also seen together cheering up their son as he competed at the USBA National Tournament.

The way Kiyan is playing and if everything goes right then, Kiyan could be replacing his father Carmelo very soon now.

Kiyan is a boy’s name derived from an Indian origin which gives the meaning ‘Masculine.’