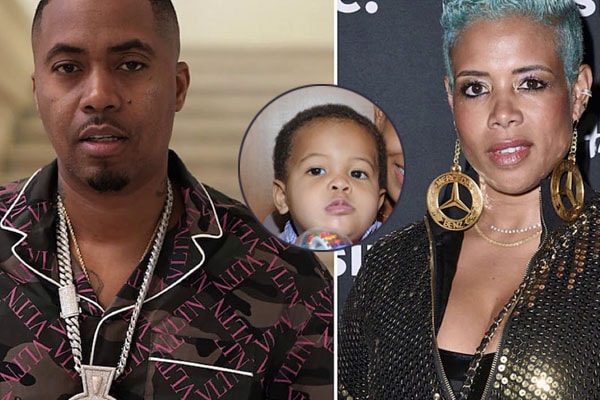 Rapper Nas’ son Knight is lucky to have a rich and famous man as his father. Nas’ net worth is estimated to be $60 million. One can be sure that the young Knight is living his childhood comfortably in his father’s lavish household. Knight is often seen with his father, who takes his son to enjoy an occasional ice-cream and chicken nuggets at McDonald’s.

Knight also spends time with his singer-turned-chef mother, Kelis. The cute child is happy to play with his divorced mother. Although, it seems he spends most of his time with his dad Nas.

Not many know that Nas is a father to one more child, a daughter named Destiny Jones. Nas’ daughter Destiny Jones is an artist and an Instagram model.

It’s always good news to be blessed with a sibling, and Knight Jones is once again lucky in that regard. Knight Jones’ mother Kelis has a second child with husband Mike Mora, whom she secretly married in 2014. The “Milkshake” singer’s second son, who was born in 2015, is named Shepherd Mora.

It is clear that Knight Jones is having the childhood dreamt by many. With a lavish lifestyle and every item of comfort provides to him, he is a happy kid with a bright future. Who knows, he might have a successful career in rapping, following the footsteps of his millionaire father.