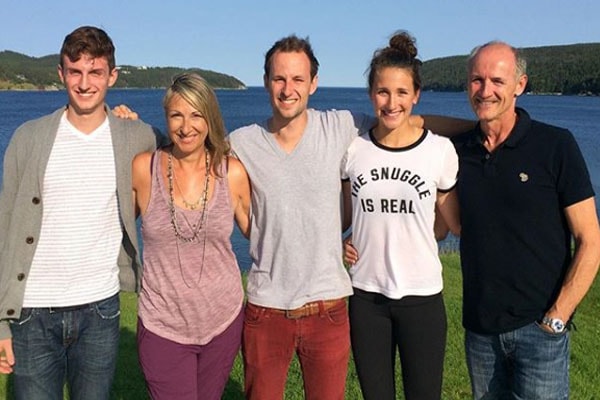 The American-Canadian film actor Colm Feore is a proud father of three children named Jack Feore, Anna Feore, and Tom Feore, whom he had from his two marriages.

Colm was previously married to Sidonie Boll with whom he has one child, son Jack Feore. Unfortunately, the couple ended their relationship. At present, Colm Feore is married to Donna Feore, a Canadian choreographer and theatre director, since 1994. They have altogether two children, a daughter named Anna Feore and a son, Tom Feore.

Anna Feore, born on 23rd November 1996, is a Canadian Volleyball player. Since college level, she has been taking part in this game which gained her the national recognition as a Volleyball player. She has played for the University of Toronto; she was also at the 2018 FIVB Volleyball Women World Championship. In her personal statement, she had stated that her goals consist of both academic and athletic achievement.

Her mother, Donna Feore has shared the recent picture of Anna winning the OUA Championship. Besides, she has also shared that she wants to be a pediatrician because of her love for children and her passion lies in science.

It is surprising to learn about Colm’s children as they are versatile in their own field. Tom is a Law student at Bennett Jones LLP, a law firm based in Canada. In last March he had shared a picture on his Instagram celebrating the finishing of first nationwide in the Davies Corporate/Securities Moot. He was joined by his teammates. Tom’s parents were beyond expression when they joined him on Graduation day. It was in the Year 2017.

Besides, Tom Feore spends his quality time with his sister Anna Feore.

Jack Feore is the only son and child of Colm Feore with his ex-wife Sidonie Boll. We have no idea what he is up to now. Going through his IMDb, we found out that he was an editor of two movies such as Time Traveller and Separation. He has also done the visual effects on The Time Traveller and many other movies. Jack has a website, Jackfeore.com on his Instagram page sharing his post-production regarding film and music that he had worked on.

Besides, a little investigation through his Instagram page, he seems to be madly in love with his fiance, Lisa. They have been to various places with their inseparable shaggy dog. The couple seems to be an adventurous lover.

Tom is an Aramaic baby name meaning Twin. The name Colm is originated from Irish which means dove in the Irish Language. Jack name is derived from the word Jackin meaning man.