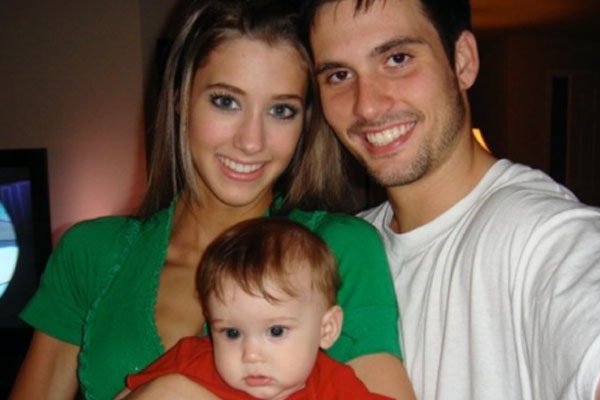 Jessica Michel Serafty‘s son Roman Serfaty was born on September 2, 2008, in Arkansas. Roman is the only son of the American Model Jessica whom she had with her ex-husband Ididia Serfaty. Roman’s father Ididia is a property manager.

Roman’s parents dated for a year and got married in 2008. After being in a marital relationship for 5 years later on they got divorced in 2013.

Roman Serfaty is an American social media personality who is popular for his work as a Viner. At a very young age, Roman decided to pursue a career as a social media star.

The 11-years old Roman had a lot of fans following on his Vine account. Roman had more than 50K followers on the social media platform. Some of his most popular uploads on Vine were titled ‘Whip,’ ‘Thug,’ and ‘Next Time’. Later on, Roman continued to appear on YouTube videos of famous internet celebrities and social media influencers.

Furthermore, Roman is a friend of two popular star brothers Jake Paul and Logan Paul. They have worked together on many YouTube videos. Plus, he is also famous as Roman Paul.

He is loved by everyone for his work and he is so adorable by his looks. Also, Roman is so young to be a part of rumors and controversies.

Jessica Serfaty Was Said To Have Abandoned Her Son Roman

The ex-couple was happily married until Jessica moved to Los Angeles to make a successful career. Roman’s mom Jessica was so busy with her professional commitments that she couldn’t even give time to her family. According to the Daily Mail, she parted away from her ex-husband and son.

Nevertheless, going through Jessica’s Instagram, it seems as if the mother hasn’t completely left her son and the two often meet with each other.

Jessica Michél Serfaty’s son Roman also has an Instagram account of his own. As of 2019, his Instagram handle has reached almost 11K followers. All Roman’s posts on his IG account is mostly related to his mother Jessica.

However, Roman’s Instagram seems inactive since early 2017. Looks like the 11-year-old kid is busy with his mid-school career and might be upgrading his educational background first.

The name Roman is a boy’s name of Latin origin which gives the meaning “citizen of Rome”.