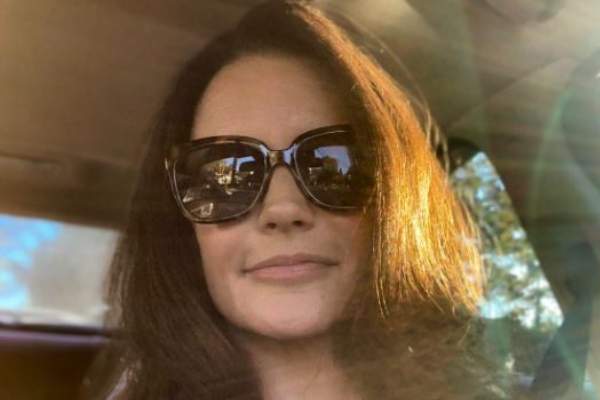 Kristin Landen Davis, also known as Kristin Davis, needs no introduction when it comes to talking about the entertainment industry. She came into prominence for her role as Charlotte York Goldenblatt in the HBO rom-com series, Sex and the City. Having been acting since 1987, she had her big break when she was cast as Brooke Armstrong in the Fox prime-time soap opera Melrose Place in 1995.

Despite being in the limelight, the actress has kept her personal life away from the limelight. Although it is not known who her partner is, Davis is a proud mother of two babies whom she adopted. So, we present you this article about Kristin Davis’ children, Gemma Rose Davis and Wilson Davis. Keep reading!

Away from the glamorous world, Kristin is a doting mother to her two kids, whom she adopted. In an interview, she talked about wanting to adopt a child and be a mother. She revealed that it seemed like an option for her for a very long time, and she did not know why and how. Then, at the age of 38, she had this feeling that she needed to be a mom.

So, in 2011, the actress adopted her daughter, Gemma Rose Davis, when she was around 45 years old at that time. Then, seven years later, in 2018, Kristin Davis’ son, Wilson Davis, joined the family. As both of them are black, their mother felt it would be an act of racism to opt out of taking on non-white kids when starting the initial adoption process.

The process was lengthy, and a social worker interviewed Kristin at home to ascertain how she would approach raising a kid of another race. While the Sex and the City star has never married, she has been proudly raising her babies as a single mom.

As an adopted child herself, Kristin’s decision to adopt them is really meaningful. Nonetheless, the Davis babies must be growing up having a good time.

Did Kristin Name Gemma After Her On-Screen Baby?

Kristin chose Gemma’s middle name Rose, which is the same as her on-screen daughter in Sex and the City (SATC) and And Just Like That…

However, Davis later revealed that the decision was not intentional, as she had forgotten about her on-screen baby. She did the adoption and naming process in secret and did not talk to anyone, and never realized there was a connection. But when she divulged about it, everyone thought she named Gemma after her SATC baby.

Gemma Rose Davis’ mother further revealed that she almost kept her name Rose as a first name, thinking it was such a beautiful name. Well, Gemma is also a lovely name carrying great meaning.

The Davis Children’s Mom Talked About Racism They Faced

In an interview, Gemma Rose and Wilson’s mother opened up about what it is like being a white mom to two black children. She talked about how she feels like it’s her job and duty to do as much research and work and build as many bridges as possible to ensure they feel at home in the black community.

The mother of two added that she always tries to make sure Gemma and Wilson have access to the Black community of which they are part of. While adopting his sister, Wilson Davis’ mother even took online courses to prepare herself for several instances, including taking care of the kid’s hair.

Kristin said that the white savior thing, where white people adopt black children just to become white saviors, is a real problem, and that’s not something she comes across so much. She also revealed that she once had conversations about protests, race, and police brutality with her babies following the death of George Floyd.

Among other issues, Gemma and Wilson’s mom revealed the racist abuse they faced from a young age, which broke her down. She recalled the time when people said Gemma would become a great basketball player. Kristin Davis’ children are lucky to have her as their mama.

Gemma and Wilson are kept out of the spotlight. Even while sharing pictures on her social media, the actress hides their face. She loves being a mom and once talked about how being home in the morning when her baby girl wakes up is the most incredible luxury.

In addition, the Davis kids’ mama has also revealed that she wants them to watch SATC when they are older and wants to use it as a teaching tool. As Gemma is getting older now, her mom does not want her to feel embarrassed. Instead, she wants her to talk to her.

Well, Kristin Davis’ children must be focusing on their studies. Only time will tell if they will follow in their mom’s footsteps. But let’s hope both of them become successful personalities in the future.

The name Gemma has an Italian and English origin, and it means “precious gemstone.” A girl’s name having Latin origin, Rose means “Rose, flower.”

Having derived from several names consisting of the Germanic element wil, the name Wilson means “desire.”