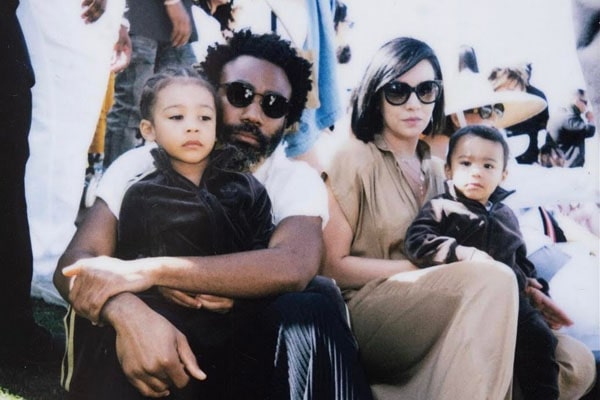 The multi-talented celebrity, Donald Glover, well-known by his stage name, Childish Gambino, is an American actor, comedian, writer, producer, musician, director, and DJ. As peeking in his personal life, he is a father of two handsome sons. Donald Glover had his adorable sons Legend Glover and Drake Glover with baby mama, Michelle White.

Well, the very private actor and musical artist, rarely shares about his two sons on social media. But if you skip any part, you might miss the fact about Donald Glover’s sons. So, here is what you need to know about them.

As mentioned earlier, Donald Glover is a very private actor and probably hates to introduce his young sons to the spotlight. Talking about Legend Glover, Donald Glover’s son with baby mama Michelle White and was born in 2016. According to PopSugar, his name was announced in July 2017 after Donald dedicated his song “Baby Boy” to the toddler at the Governors Ball Music Festival.

Similarly, in an interview with Jimmy Kimmel, Donald also said,

My son, he loves The Lion King, he’s a big, big fan, and of animals in general. He can run faster on all fours than two feet. That’s not a joke. . . . I didn’t want to tell him, ‘Oh I’m Simba,’ [because] this is probably the only time in history this will happen where a kid knows a movie and his father is the [main character]

Well, during the show, Donald further added that when he asked his son about watching the movie, his reply kind of amazed him.

However, Legend Glover has not been the part of the showbiz industry as he is small. But his daddy seems to take him to lots of places to make his day very special. The adorable Legend Glover’s presence must be bringing out happiness and joy in the actor’s life.

One Of Glover’s Sons Can Be Heard Speaking Over The Outro Of “47.48”

Born in 2018, Drake Glover is Donald Glover’s second son with his baby mama, Michelle White. Well, as the title gives it all, Drake certainly has been a part of Childish Gambino’s album 3.15.20. One of Donald Glover’s sons can be heard speaking over the outro of “47.48.” Although it hasn’t been revealed yet, based on ages it could even be Legend’s voice.

The loving couple of Donald and his partner Michelle is probably happy to raise their kids and provide a life that’s far away from the cameras and paparazzi.

If you give a glance at Donald Glover’s Instagram Profile, he hasn’t posted a single photo on Instagram. So, you know, how much of a private person he is. Rather than posting his sons’ photos, the actor seemingly plays with them and also have some daddy-baby times.

Happy News For The Glover Family During Pandemic

Musician Donald Glover is a good looking man with great interest in keeping his life to himself.  However, while talking to GQ Magazine, he candidly revealed that he welcomed a son during the coronavirus.

Furthermore, Glover added that he was watching George Floyd video, and his son was just born. He said that the moment was just weird, filled with terror, compassion, empathy, and joyful at the same time. Then, he reminds himself of his late father, Donald Glover Sr. Hence, Glover’s son named his newborn after him.

Well, the good news must have mesmerized the family during the difficult times when pandemic shut every business, and George Floyd’s brutal murder brought back the revolution at it’s best. Let’s hope Glover’s newborn will be as strong, talented, and are like his father as he grows.

Legend Glover – According to the Latin origin, Legend derived from the word ‘Legere’ means ‘to be read.’