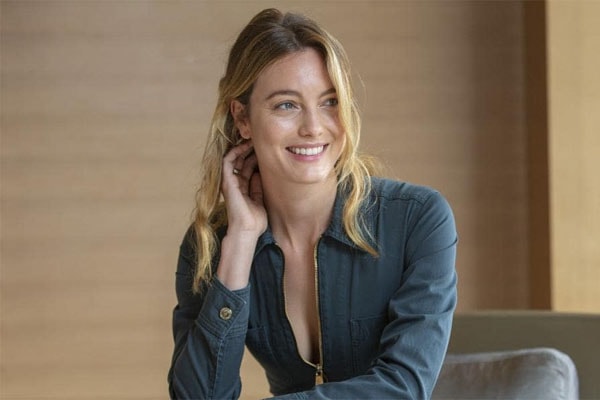 Leila’s dad, Vincent D’Onofrio, is an American actor, producer, director as well as singer. Similarly, her mum, Greta Scacchi, is an Italian-Australian actress. The gorgeous Leila is extremely blessed to have such talented and supportive people as her parents.

Leila George D’Onofrio aimed to become an actress like her parents. She has worked in over three films; Mother May I Sleep With Danger?, Mortal Engines and The Kid. With the time being, Leila is growing as an elegant actress for sure. She really has been working hard to create herself as an ideal actress so she possibly might get something huge in the coming days..

As mentioned above, the beautiful Leila played a movie called ‘The Kid’ which was directed by her dad, Vincent D’Onofrio. From that, we can even tell that Vincent is fully supportive of his daughter and may want to see his daughter as a huge celebrity star in the near future.

Similarly, Leila has posted a couple of photos on her Instagram account as a model. It seems that Leila is correspondingly hustling to master in her modeling career as well. We hope to see Leila bloom into a colorful flower in the upcoming days.

Vincent D’Onofrio’s daughter, Leila George had been dating Oscar-winning actor, Sean Penn. Well, it is still not sure whether or not, Sean and Leila are still together.  Maybe this was Leila’s first loving relationship. In August 2018, Leila with boyfriend, Sean Penn were celebrating his birthday on vacation in Hawaii.

Sean Penn has already been divorced twice. His first marriage was with Madonna in 1985. Perhaps with some misunderstandings and family problem, they divorced in 1989. Then, Sean Penn moved on with his life and married to Robin Wright in 1996. After 14 years of marriage, Sean Penn divorced with her in 2010. Rumors spread when Leila’s boyfriend, Sean dated his former girlfriend, Charlize Theron.

But after Sean and Charlize parted their ways, Sean and Leila got together. They seemed to be very cute together. Plus with Sean’s absence from the social media and their few appearances together in the past, many people wonder if they are still together.

The word Leila came from the Arabic origin which means ‘nigh, dark, beauty’. Similarly, George came from the Greek word ‘georgos’ meaning ’tiller of the soil’.