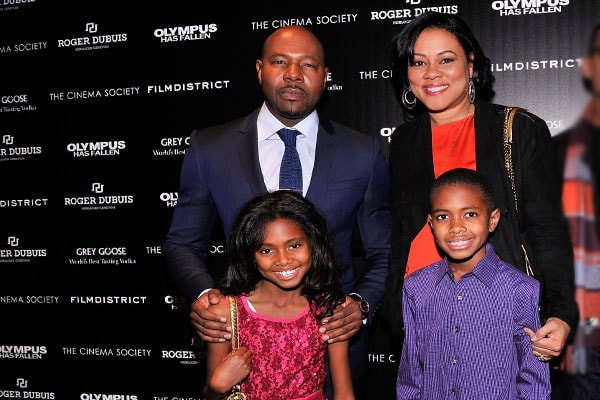 Lela Rochon Staples aka Lela Rochon is a proud mother of two children. Her two kids include a daughter named Asia Rochon Fuqua, and a son named Brando Fuqua. Lela had her two children together with her loving husband Antoine Fuqua. The adorable couple tied the wedding knot back in 1999. Also, Lela is a step-mother to Zachary Fuqua who was born from her husband’s previous relationship.

American actress, Lela is mostly known for starring in the 1995 romantic drama movie titled Waiting to Exhale. While Antoine is a film director and producer and is best known for his Academy Award-winning movie Training Day.

There is without the doubt that the daughter of the gorgeous actress, Lela is very familiar with the media limelight. In spite of her young age, Asia seems very calm, comfortable, and used to with the paparazzi and media. She is seen attending most of the celebrity gatherings and parties, annual functions along with her parents.

Not only that but Asia is also active on her Instagram handle with almost 1.4K followers. Unfortunately, she has kept her IG account private as of 2019. It looks as if the adorable daughter of Lela doesn’t want to reveal her personal and private space out among her fans.

Brando Is The Youngest In His Family

One of Lela Rochon’s children Brando was born in 2004. He is the youngest member of his family. Lela is a proud mother of both of her children. Lela mostly posts her son and daughter‘s photos on her Instagram handle. And from the photos, we can see how much close Brando is to his sibling sister Asia.

Not only that but Lela Rochon’s son Brando also grabs some media attention when he attends the movie premiers and award functions along with his parents and siblings. The 15-year-old son of Lela Rochon is currently in his early high school. However, details regarding his schooling have not been revealed yet.

Brando Fuqua: Brando is a male given name of Italian origin. The name provides the meaning of “brilliantly raven; Fiery torch; beacon.”