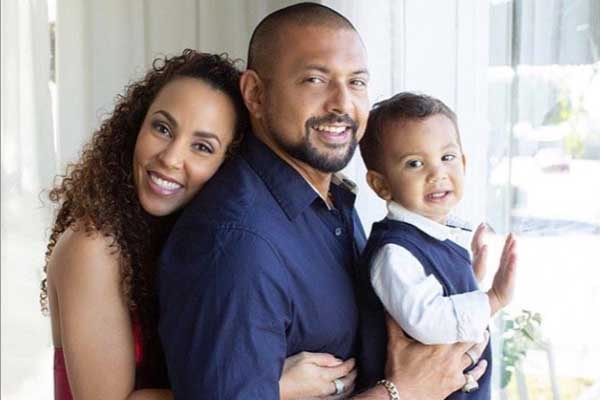 Born as Sean Paul Ryan Francis Henriques, Sean Paul is a well-known Jamaican singer, rapper, and record producer. The rapper found true love in the form of Jodi Stewart Henriques, with whom he shares two children. The lovely couple tied their knot back on May 26, 2012.

Sean Paul’s son Levi Blaze Henriques was born on February 26, 2017, followed by the birth of his daughter Remi Leigh Henriques on August 20, 2019. His son has already made his acting debut in Paul’s Big Tings music video and is quite famous among the fans. So, let’s get to know more about Sean’s eldest kid.

As mentioned above, Sean Paul’s son has already made his debut in acting but do you know that he has also started learning the ways of his father. He said that he would work with anyone in the business who wants to give respect back to the Jamaican vibe. So, it’s obvious that he teaches his son to respect Jamaican music. Not only that, we can assume he must be teaching his son to respect every form of art.

Sean uploaded a picture of him, his wife, and son, mentioning that every rockstar needs a sidekick. He was clearly pointing towards his three-year-old son Levi. Not only that, Paul has started teaching his son how to play drums. Well, little Levi isn’t perfect yet, but he is only a kid. Paul surely wants his son to follow his footsteps.

Furthermore, Paul and his son Levi share a lovely relationship with one another. They can be seen spending father-son time alone enjoying each other’s company. Especially, Little Levi, he loves playing with his father.

In addition to that, Levi is also into music like his pops, which is a plus point if you ask us. They also share the exact laughing, smile, and serious face. Whereas there are many pictures of the father-son duo, which proves they are much more like each other, then you can imagine.

You can call your self lucky when you have such a gorgeous and caring person as your wife. Paul has always been the center of attention when it comes to the Henriques family. But the one who holds the family together is his wife, Jodi Stewart. Whenever he is out working, his wife is the one taking care of their children. So, yes, you can thank Jodi for raising their kids.

In addition to that, little Levi seems to be enjoying his life with his mother and younger sibling. Even his recent birthday was as grand as it could be, with tons of balloons and a big cake, little Levi was really enjoying it.