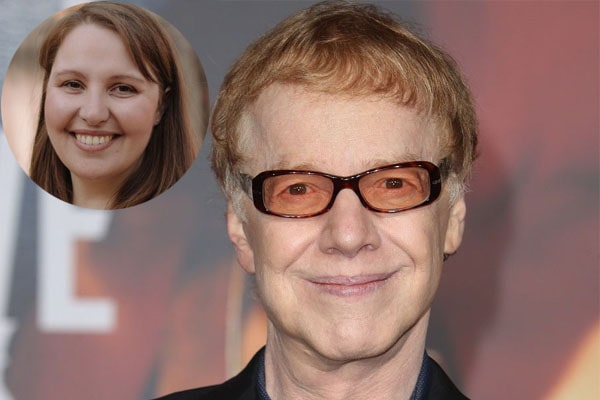 Lola Elfrman is the eldest daughter of the music composer Danny Elfman and his ex-wife Geri Eisenmenger. Image Source: Pinterest.

Is A Working Woman

Lola Elfman graduated from Tufts University. She is an expert in BFA, Art Education, Graphic Design, and Photography. After her graduation, to develop her leadership skills, she joined the Coaches Training Institute. Speaking of her work experiences, she had worked as the director of staff development in Change.org, Head of People in FWD.us, and now she is the CEO of the DevelopWell.

Danny Elfman’s daughter Lola Elfman is the founder of DevelopWell. It is a coaching and training practice center that is committed to helping the managers, especially new and middle managers. Some of the things they provide to support leadership skills are Individual Leadership and Management Coaching, Management training, and Team building workshops.

We can simply say she is one of those who make their own way in life. Unlike her little sister Mali Elfman, she chose another path and became the founder/CEO of DevelopWell. Speaking of her and her father Danny, we can no longer see them together. We can assume they share a lovely relationship and support each other. Lola might also share a great bond with her step-mother Bridget Fonda and half-sibling Oliver.

Lola Elfman currently shares her marital life with her better-half, Greg Greene. The lovely couple has two children together. Simon Greene is her eldest son. He loves playing with pops Greg and younger brother Paul Eliot Greene. Little Paul is the mini version of his father as he looks exactly like him. The lovely family of four looks beautiful together. Your skin color doesn’t matter until your heart is clean, and the best example is Lola herself. Despite belonging to different classes, she and her husband have proven that where there is love, there is no place for cultural difference.

Furthermore, Danny Elfman’s daughter Lola Elfman takes her little kids to parks and beaches. Her elder son loves playing at the park with trampolines. He also adores his aunt Mali and grandma Geri. He also loves playing with his little toys and action figures. Lola loves taking care of her little toddlers. She says playing with her kids before bedtime is something she does. She started her own business so that she can spend more time with her two sons.

Lola Elfman’s name is the short form of the Spanish name Dolores meaning of which is, sorrows.