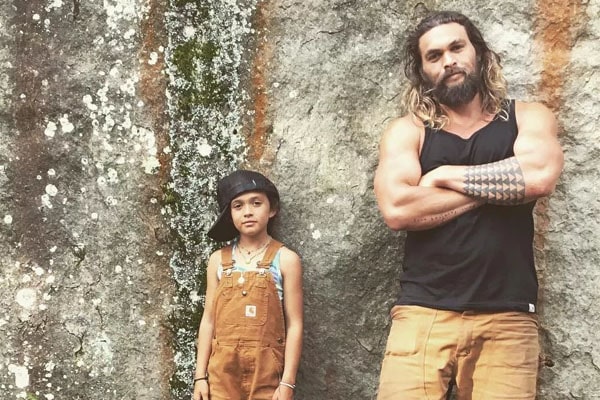 American actor, producer, director, and writer Jason Momoa is one of the leading personnel in Hollywood right now. Known for his portrayal of Khal Drogo in the epic fantasy series “Game of Thrones”, he currently portrays the superhero Aquaman in the DC Extended Universe. He is married to fellow actor Lisa Bonet and the couple have given birth to two children, with one of them being their daughter Lola Iolani Momoa and son Nakoa Wolf.

Lola Iolani is the eldest child of Jason and Lisa and was born on July 23, 2007. Her birth sign is cancer. She usually appears with her parents constantly and is the subject of a lot of talks. Her father loves her a lot and constantly spends time with her. She is paid a lot of attention to by the media as they are always looking to take a few pictures of her.

Here we’ll look at some of the facts and details of Jason Momoa’s daughter:

Lola Iolani Momoa was born in Los Angeles, California, on July 23, 2007. She is the eldest daughter of Jason Momoa and Lisa Bonet. She is of mixed ethnicity as her father Jason is of Irish, German, and Hawaiian descent while her mother is an African-American.

As far as her name, Lola Iolani is a Hawaiian name and it is pronounced as “LOWLAANiy”. The meaning of her name is none other than “Royal Hawk’, which should come as no surprise since Jason is a nature guy and is a big fan of cameras.

2) Facts About Her Family

Jason Momoa’s daughter Lola Iolani is not the only child of her celebrity parents. She has a younger brother named Nakoa-Wolf Manakauapo Namakaeha Momoa who was born on December 15, 2008. In addition, she also has a half-sister named Zoe Kravitz who was born from Lisa Bonet’s previous marriage to Lenny Kravitz.

As for her parents, they interestingly didn’t get married until she was 10 years old. Initially, it was believed that Jason and Lisa had tied the knot back in November 2007, but it wasn’t the case. They eventually did get married in October 2017.

Lola has already started her acting career while just being 11 years old. She was featured in the short movie called “Canvas of My Life”, a story about Jason Momoa. She is befriending top actors already as she is seen taking photos with the likes of Chris Pratt.

Lola’s career will be helped by the fact that she already has a following in social media. Despite not having her own accounts, she constantly appears in her parents and half-sister Zoe’s accounts to much fanfare.