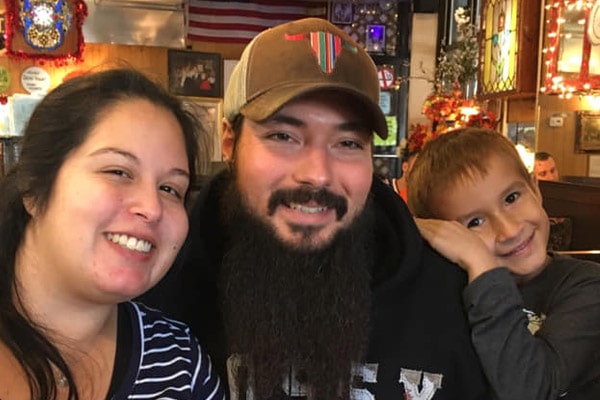 London King is a famous former American model. She used to do modeling for various commercial advertisements. Also, King served as an actress in Hollywood movies in supporting roles. London’s movie credits go to the 2000 film ‘A Better Way to Die‘ in which she played the role of Cheryl and the 2002 movie ‘The Calling,’ where she appeared as Ruby Jenkins.

Besides, London King is also popular as the first wife of Rob Schneider, with whom she remained in a marital relationship from 1988 to 1990. The estranged couple had a daughter, Elle King, while they were together. Aside from Elle, London has another kid, a son named Noah King.

So, who is London King’s son Noah King? Where is he? And what is he doing nowadays? Know all the unknown facts about him here.

Noah King is the first child of London King. She conceived Noah while she was struggling to become a model and actress in her teenage days. London fell into a romantic affair with an anonymous man during those days, which ended up with pregnancy. But the man left her. After some months, she gave birth to Noah in August 1986.

London King’s son, Noah King, grew up in Wellston, Ohio, and went to the nearest school. Later, he shifted to Jackson with his family. There are no details regarding the school and high school attended by Noah.

According to the Facebook profile of Noah King, he began studying at the Institute of American Indian Arts (IAIA) in 2006. But there is no information available when he graduated from there.

Moreover, the firstborn of London King, Noah, is a Barrel Inspector at Speyside Bourbon Cooperage in Jackson, Ohio, from 31 July 2016 to present.

His Half-Sister Is A Superstar

As mentioned earlier, Noah King’s momma had a daughter named Elle King from her relationship with the American comedian, Rob Schneider. Elle’s name was Tanner Elle Schneider at the time of her birth on 3 July 1989. But she dropped her father’s name and took her mom’s surname King, and in the present, she is one of the famed country musician, popular with the title, Elle King.

After the divorce with Rob Schneider, London took the wedding vows with Justin Tesa in 2000. And he is the person who gave Noah’s half-sister a record by the music group The Donna when she was nine years old. Later, Elle learned to operate various musical instruments, mainly guitar and banjo.

Currently, Noah’s half-sister, Elle King, is in demand singer of the American music industry with a great voice whose genres of music are blues and rock. Moreover, she is also an actress.

The thirty-four years old son of London, Noah King, seems to be a man who does not like the media spotlight digging in his personal life. He is available on social media sites like Facebook and Instagram. But there are only two posts on his Facebook page, and his Instagram is private.

However, the prying eyes of the media found out some details on his personal life. Going through the posts his mom shares in her social sites, and the photo he shared on his Facebook, he seems to be a married man.

Noah is in a marital bond with a woman named Felixa Combs. The certified pharmacy technician, Felixa, often shares photos with her husband, Noah, on her Facebook.

London King’s son Noah is a proud father of two children, Logan Dale King, and Cyrus David. Logan is the eldest kid of Noah, whereas Cyrus is the second one whom he shares with his beloved spouse Felixa.

London King often shares snaps of her two grandchildren on her Instagram. As she lives in New York, far from her grandchildren, her son Noah and daughter-in-law Felixa go to visit her during their holidays and other different occasions.

His Mother, London King Is A NYC Doula

The beautiful and caring mother of Noah, London, is a New York-based Doula. After not gaining much popularity as a model and actress, London began her profession as a doula in 2003.

London works privately with pregnant women and their partners to help them navigate their journey of welcoming their children. She helps the soon-to-be mommas realize their deep capabilities to get them to relax and embrace the beauty of their experience.

Moreover, she has experience of giving childbirth education and preparing the new mothers for their session. Being a doula is London’s most exciting profession to date as she gets to be in the life journey of many women in welcoming forth new life.

The boy name Noah originated from the word ‘nukhu,’ which means repose or rest.