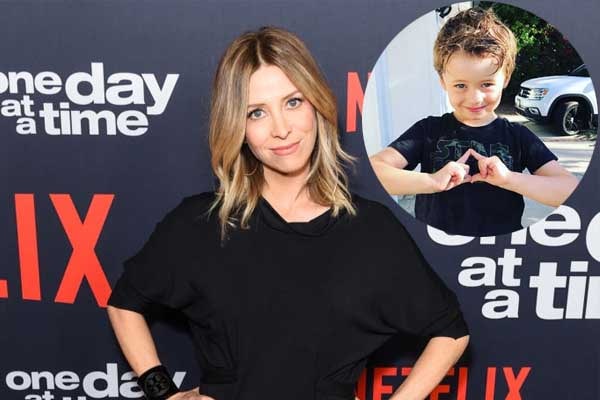 Jolie Jenkins’ son Louis Rocket Pagani was born on December 31, 2014, followed by the birth of Hugo on October 9, 2018, at 8:38 am. At the time of birth, Hugo weighed nine pounds and one ounce. As of now, how more information regarding Hugo is available on the Internet, but not much regarding Louis, is out there. So, here we are going to talk about Jolie’s firstborn, so stay tuned ‘ because we are going to start from the beginning.

As stated earlier, Louis Rocket Pagani rocketed his way to this world on December 31, 2014, at 6 pm on New Year’s Eve. At the time of his birth, he weighed about eight pounds and fourteen ounces. About seven days from his birth, he was there sitting with father David watching how his father works. We should admit that the father-son duo looks rather cute and adorable in the picture.

In addition to that, mother Jolie started uploading lots and lots of pictures of her baby boy on her Instagram.

We could see she was thrilled and excited to see her young one. You can find a lot of pictures of Louis wearing different outfits on Instagram. Though it might be an exaggeration, we have to admit that the baby is cute and look very much adorable in those pictures.

Just like Jolie, from the moment Louis was born, father David seemed quite excited. He used to spend a lot of his time with his newly born son, David used to carry him wherever he went and also used to fall asleep beside his precious one.

Also, the father-son duo can be seen making breakfast together and enjoying what they made later. Well, they simply love spending time together and adore one another’s company.

We all know that David is a brilliant photographer, so it’s apparent that he takes a lot of pictures of his son. He has uploaded tons of cute pictures of Louis on his Instagram account. His photos show how much of a lovely bond the duo share.

We have already mentioned that Jolie was quite excited when her son was born. At the time, she shared a special bond with her little son, now nearly a decade later, her bond with her son is stronger and deeper than ever.

In addition to that, the mother-son duo loves spending time with each other. Jolie can be seen taking her son out to get him some ice-cream. Little Louis just loves ice-cream and brownies and chocolates and everything that contains sugar.

Hence, to conclude, Jolie Jenkins’ son Louis Rocket Pagani is a lovely boy who loves chocolates and ice-cream, but something he adores more than that is spending time with his beautiful parents.