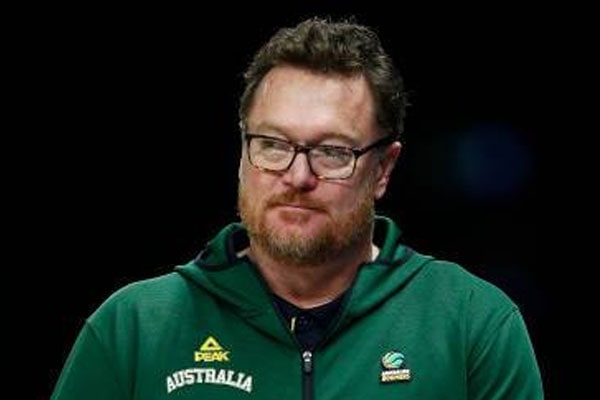 Lucien James Longley, also known by the professional name, Luc Longley is an Australian professional basketball coach and former player. As we go through his personal life and family, Luc Longley first married Kelly whom he met in New Mexico. They had two beautiful daughters, Clare Hanna Longley and Lily Samantha Longley.

However, they divorced each other and lived separate lives. Luc then went on to marry his now-wife, Anna Gare in 2008. She was previously married to a Perth musician and had two kids, Jackson and Elsie. So, both Clare and Lily are step-sisters to Jackson and Elsie. Now, getting back on track, let’s know more about Luc Longley’s daughters, Clare and Lily.

Born in 1994, Clare Hanna Longley is Luc Longley’s daughter with his ex-wife, Kelly. She is the first child of the ex-couple and has a small sister, Lily Samantha. Clare Longley is also an artist and thought provoker based in Melbourne. Her bold work includes painting, collage, drawing, and designing project display spaces. She has collaborated with artists like Prue Stuent and Honey Long at Sugar Mountain Festival 2016. Clare probably has satisfying and fulfilling earnings as an artist.

Going through Clare’s Instagram, her photo collections are so unique and different. She frequently posts her art talents on Instagram. So, in all, Luc Longley must be proud of his daughter for pursuing a different career.

Flashbacking in 2005, a species of shrimp was discovered on the southwest coast of Australia. Clare’s dad, Luc Longley bid $2,900 in an eBay auction for the right to attach a moniker.

He won the rights to name the shrimp and named the shrimp ‘Lebbeus clarehannah‘ after his eldest daughter, Clare Hanna Longley as a birthday present to her. The graduate student of the University of Melbourne, Anna McCallum, who identified it, decided to auction off the right and donated the proceeds to the Australian Marine Conservation Society.

Luc Longley’s daughter, Lily Samantha Longley came into this world in 1996 and brought tons of happiness in the basketball player’s life. As you know, she is Luc Longley’s youngest daughter and has an elder sister, Clare Hanna Longley.

Talking about Lily, in 2010, she was on her way to be a model basketballer. With her dad’s athletic ability and height and mom’s model good looks, she was acing on both, basketball court and fashion industry. According to Perth Now, she played for Cockburn Cougars and for Coogee, whose coach was her dad. Luc Longley’s daughter, Lily also represented Western Australia.

On the same hand, she was a hit when she took to the catwalk in a modeling competition for the first time in 2009. The top agencies also offered her a contract for modeling career but had to hold until she was 16. Lily claimed that her first love was basketball and would do a bit of modeling on the way.

But, as of now, Lily Samantha seems to be living a low-key life. She probably stopped playing basketball and modeling too. Going through her Instagram profile, gorgeous Lily is living the best life with her close ones. The two sisters are really close to each other. She looks to be happy with how her life’s going at the moment.

Lily Samantha And Clare Hanna’s Dad Was Snubbed From Documentary

Clare Hanna and Lily Samantha’s father, Luc Longley was undoubtedly a big part of the success gained by the Chicago Bulls team in the 1990s. However, he was snubbed from his teammate, Michael Jordan’s docuseries, The Last Dance.

Since he was omitted in the documentary, Luc was hurt and opened up about the pain. Moreover, according to Lily and Clare’s stepmom, Anna, the worst part was the questions Longley faced about why he wasn’t in the series.

Michael Jordan and Steve Kerr have both talked about the regrets they faced for not including Luc Longley in the documentary. Whether the relationship between the former NBA players will survive this ordeal is unknown but once again due to their father, Clare Hanna and Lily Samantha has been pushed into the limelight.

Clare Hanna Longley – The name Clare is a Latin baby name meaning ‘bright or clear.’ According to Hebrew origin, Hanna refers to ‘favor’ or ‘grace.’

Lily Samantha Longley – The meaning of the name Lily is ‘pure’ and derived from the flower. Samantha is of English and Hebrew origin and means ‘God Heard.’