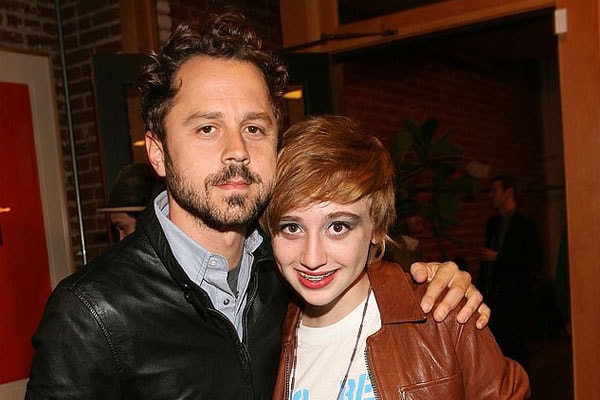 Lucia Santina Ribisi, Giovanni Ribisi‘s daughter together with his ex-wife Mariah O’Brien was born on the 6th of August 1997. Lucia’s parents, Giovanni and Mariah also got married in 1997. Unfortunately, the former pair divorced in 2001 after 4 years of marriage.

Beautiful Lucia is the only child of the famous actor Giovanni as of 2019. Now, let us look at the profile of Lucia Santina Ribisi.

Lucia is currently successful in the world of art and fashion. Since a very young age, she has been producing art and painting. The artist had even spent the fall of 2014 dedicated to painting. The Saint Laurent collaboration improved a period of growth for Ribisi. She dropped her boarding school and began getting into video and performing art.

Not only that but, the 22-year-old girl is also active on her Instagram. Going through her Instagram handle, Lucia seems quite a nature and earth lover. She is very concerned about the critical topic such as deforestation and inspires people to plant more trees and protect forests, flora, and fauna.

It is quite obvious that Lucia is an environmental activist and has also promoted a website that controls pollution and saves the environment from human degradation.

Lucia Had Left Scientology In May 2015

Giovanni Ribisi’s daughter Lucia Santina Ribisi has already ditched her longtime religious household religion. According to the website named The Underground Bunker, she left Scientology in May of 2015. Obviously, she had a reason for that. Lucia was so fed up with the church and sought an intervention at her school.

Lucia grew up in one of the most well-known loyal Scientology families in the entire organization. She even talked at length in Los Angeles radio station KCRW about her father’s history of changing involvement in Scientology. However, she seems quite satisfied with her decision and is happy after leaving her religion.

Lucia is a feminine given name derived from the Latin word Lux meaning “light.”