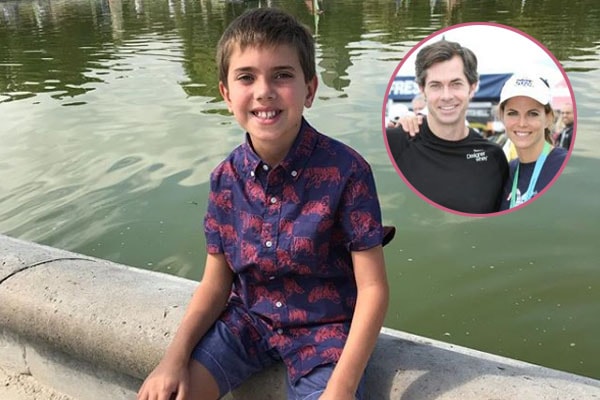 The NBC News Journalist Natalie Morales‘ son Luke Hudson Rhodes was born on the 9th of September 2008. Natalie had her son Luke with her husband, Joe Rhodes.

Luke is the youngest child of Natalie. He has got an elder brother named Joseph Stockton Rhodes. There is a lovely bond between the brotherly duo of Luke and Joseph.

Pregnancy has been kind of laborious for the 46-year-old journalist Natalie. For her first son, she had to undergo a C-Section, and for the second son, she had to do Intrauterine Insemination (IUI). IUI is a procedure in which sperm is placed inside a female uterus to facilitate fertilization. After the process was done, Luke’s mother Natalie stated that women shouldn’t wait until their mid-30s to get pregnant.

The 10-year-old son of Natalie Morales, Luke Hudson Rhodes is yet to have his social media handle. Though he is often seen in his mother’s Instagram handle. And by the looks of it, we can see that Luke is a fun guy to be around with.

A Lovely Bond With Elder Brother

Natalie Morales is a proud mother of two boys. As stated earlier, Luke Hudson has got a big brother named Joesph Stockton Rhodes. They seem to hang out a lot alongside their parents. Luke Hudson along with his family goes on trips, hiking and much other fun filled stuff.

Luke is five yours younger and his brother Joseph. And according to Natalie, she considers the age gap a good thing. When Natalie Morales’ eldest son Joseph was a kid, and Luke was just born, he always wanted to hold and kiss his small brother.

Natalie Morales’ son Luke is still young and has got a lot of things to explore.

As for the name Hudson, it is a transferred use of an Anglo-Scottish surname.