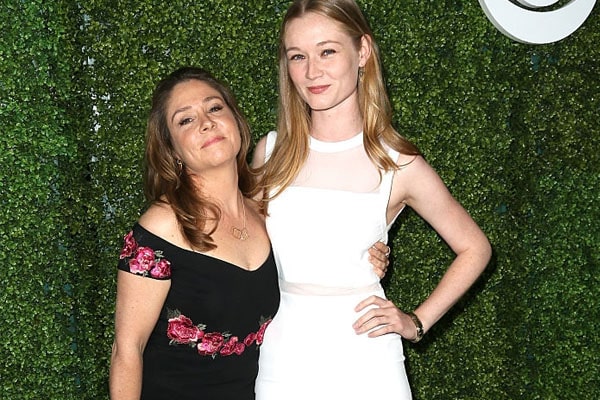 Megan Follows and her former husband, Christopher Porter, share a kid named Lyla Anne Porter, aka Lyla Porter-Follows. Megan Follows’ daughter, Lyla, was born in the year 1991. Besides, the ex-couple tied the knot in the same year when Lyla was born. Unfortunately, the two decided to part their ways and got divorced in 1996.

Moreover, Lyla Porter-Follows has a younger brother named Russell Porter, born in the year 1995. She also has a half-sister Quinn Porter from her father’s side.

Megan Follows’ Daughter Is An Actress

Following her mother’s footsteps, Lyla Anne Porter chose acting as her primary profession. The beautiful Canadian-American actress has acted in several movies and TV series, including Frontier and Reign.

Moreover, Anne is portraying the role of Clenna Dolan on the Netflix series, Frontier and Ellen Norwood, on the CW series Reign.

As mentioned before, Lyla Anne Porter is an actress by profession. She was born in December 1991 in Toronto, Canada.

Regarding her academics, the actress attended high school in Los Angeles, CA. She then graduated from Vassar College in Poughkeepsie, New York.

Going through her Instagram handle, the glamorous actress is mostly seen close with her friends and often posts pictures with them. Not only that, but Lyla also enjoys taking a break from her tight schedules and loves traveling to beautiful locations.

Furthermore, Lyla is more to her profession and seems like she won’t be slowing any time soon. We can hope best for the aspiring actress of this generation.

Megan Follows’ daughter, Lyla, is a feminine name of Arabic origin, meaning “night.” Additionally, her middle name Anne is derived from her mother’s most famous role, Anne of Green Gables.