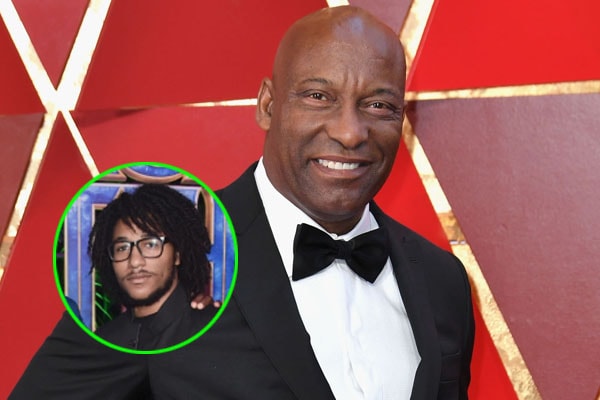 The late American director, John Singleton‘s son Maasai Mohandas Singleton, was born on April 3, 1994. He is the second child of John with his baby mama Tosha Lewis.

Maasai Mohandas has two sisters named Justice Maya Singleton who was born in October 1992 and Cleopatra Singleton. He also has one half-sibling Hadar Busia-Singleton who is John Singleton’s daughter with ex-wife Akosua Busia. Unfortunately, John passed away tragically on April 29, 2019, due to stroke.

The Boyz n the Hood director John Singleton’s son Maasai is making his journey down on the same lane as his late father. He graduated from the University of Southern California of Cinematic Arts with a Bachelor in Fine Arts. The late director also held the same degree, and he could not get any happier when Maasai graduated back in 2016. He had shared the news of his son’s graduation on his Instagram, and we can tell how much he felt proud of his son Maasai.

Now that Maasai has already followed his father’s footsteps, we can expect great movies coming from him in the future. We can say for sure he will continue keeping his father’s legacy and will be a leading screenwriter. Although his father was there to witness one of his life’s great achievements, he is no more to celebrate Maasai’s success. However, the fans and the public will definitely appreciate his works.

At present, Maasai Mohandas and his family and all the people are in distress because of the untimely death of one of the great personalities we have known so far. As Maasai was close to his father, he must be having a hard time coping with the pain. We wish he eventually gets over it and be as happy as before.

The name Maasai is a Kenyan originated name which means work of God. Similarly, Mohandas is a Hindi name which comprises of two words Mohana and Dasa. Mohana is a Hindu god and Dasa is a Sanskrit word which means servant. Together they mean servant of Mohana.