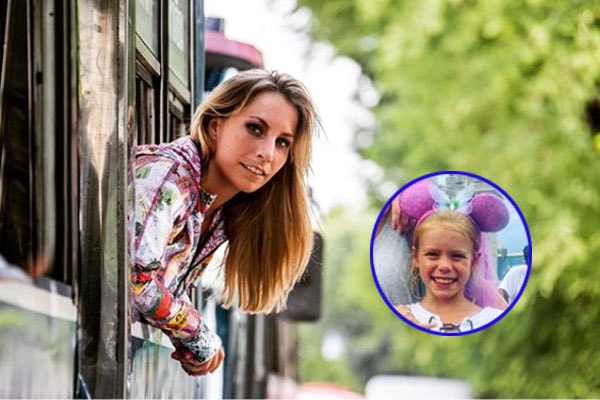 Madalynn Grace Galanti, Lyssa Chapman‘s daughter with ex-husband Brahman Galanti was born in 2009. She is the only child of the ex-couple who was married from 2009 to 2011.

The adorable Madalynn has a half-sibling named Abbie Mae Chapman born in June 2002. Abbie is Lyssa’s daughter from her previous relationship with the baby father, Brendan. At present, Lyssa is in a romantic relationship and engaged to her fiance Leiana.

As stated by Lyssa, Madalynn is an animal lover. Being born and raised in one of the most beautiful places on earth, it is obvious that this little girl has a place for nature in her heart. Lyssa’s ray of sunshine Madalynn often spends time outdoors with her family. Just like her name Grace, Madalynn is living her childhood gracefully and happily.

The beautiful Madalynn is very close to her older sibling Abbie Mae Chapman. The two sisters are together almost all of the time. Since they are still young, they must be in school, and maybe they go to the same school as well. Although Madalynn and Abbie are from different fathers, these two have undeniably inherited their mother’s beauty which is the reason why they look alike.

Madalynn also has already established a good bonding with her mother’s fiancee Leiana. Her soon-to-be mother seems to love her so much. Looking at both Lyssa and Leiana’s social media, it looks like they are living together with Lyssa’s two beautiful daughters. They have even traveled to different places, and we can say for sure they have lots of fun.

Madalynn is growing up healthy and beautiful with such lovely people around her. We can see she is getting all the love from her parents and sister and of course us!

The name Madalynn is a Spanish baby name for a girl which means woman from Magdala or bitter. Similarly, Grace is a derivation of the Latin word gratia which means thanks or kindness, mercy.