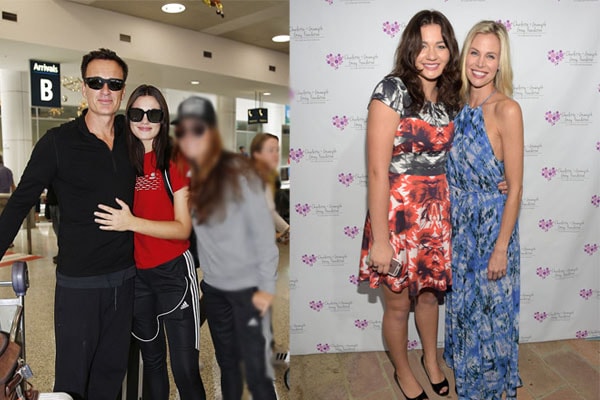 Madison Elizabeth McMahon aka Maddy, Julian McMahon’s daughter together with his ex-wife Brooke Burns was born on the 10th of June 2000 in LA, CA. The former couple tied the wedding knot on the 22nd of December 1999. However, things didn’t work out between Madison’s parents and the exes got divorced on January 7, 2002.

Previously, Maddy’s father Julian was married to Dani Minogue from 1994 to 1995. Currently, he is a married person and has been married to Kelly Paniagua since January 2014.

Yes, you heard it right, the daughter of the famous actor and model is a volleyball player. Julian McMahon’s daughter Madison Elizabeth McMahon had earned a varsity letter titled Most Improved Player at Marymount High School in Los Angeles, CA. She has played with Sunshine Volleyball Club from 2014-16 and Southern California Volleyball Club (SCVC) from 2016-18. The hardworking player had finished fourth at the 2018 Pacific Qualifier and even played with USA High Performance 2 for indoor.

Maddy completed her high school from Marymount High School where she earned the prestigious title.

The gorgeous Maddy has her own Instagram handle. She is quite active there and posts on a weekly basis. Her Instagram handle has more than 5.1K followers as of November 2019.

Going through her Instagram handle, it is very obvious that Maddy loves to spend most of her spare time with her girlfriends. The adorable friend circle shares a cute and lovely bond that is mesmerizing to watch.

As of now, Maddy seems to be single and isn’t dating anyone. However, it is not sure that if she has been involved in any kind of relationship before. It looks like the fun-loving girl is focusing on her career rather than her love life.

Madison is a girl’s name of Middle English origin meaning “son of Maud.” Whereas her middle name Elizabeth is a feminine name of Hebrew origin meaning “my God is an oath.“