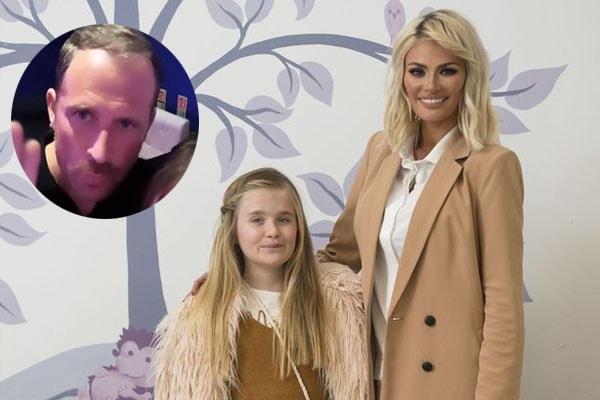 Chloe Sims‘ daughter Madison Sims was born on 23rd of April 2005. Chloe Sims had Madison with her ex-partner, Matthew. Madison Sims’ mother Chloe has always spoken candidly about her relationship with Madison’s father but never introduced him until April 2019.

Madison is the only daughter of the famous TV personality Chloe, who is best known for appearing on ITVBe reality series The Only Way Is Essex (a.k.a. TOWIE).

Chloe Sims’ daughter Madison Sims has this adorable and very glam mother-daughter relationship with her mother. Madison enjoys her time being with her mother and loves to shop, glam in matching dresses, have a nice meal out, and many more things. In a way, Madison has a bond more like an elder sister and a best friend with her mother.

Chloe is busy posting her teen daughter’s playful act on her Instagram account. Not only that but Madison along with her mother also loves to travel and enjoy their holidays in exotic destinations.

Before getting a successful career in television, Chloe started off from humble beginnings. Chloe’s mother abandoned her at the age of just three years old. That is what the reason must be behind Chloe being so close to her daughter and providing her all the happiness she could possibly imagine.

Recently in April 2019, Chloe Sims’ daughter Madison celebrated her 14th birthday in style surrounded by the people who love and adore her. In the same party at Essex club, Chloe shared a video on her Instagram stories finally revealing Madison’s father who is Matthew.

TOWIE star Chloe who has been linked to her fellow co-star Dan Edgar addressed her fans telling them the story of how she met Madison’s father Matthew. She told the New:

‘Maddison’s dad was 24…I was 18. I was with her dad, Matthew, for seven years, but later ended up like brother and sister. Madison has a good relationship with her dad and also close to his parents. She is surrounded by people who love her.’

Madison is a girl’s name which gives the meaning of “child of Maud“.